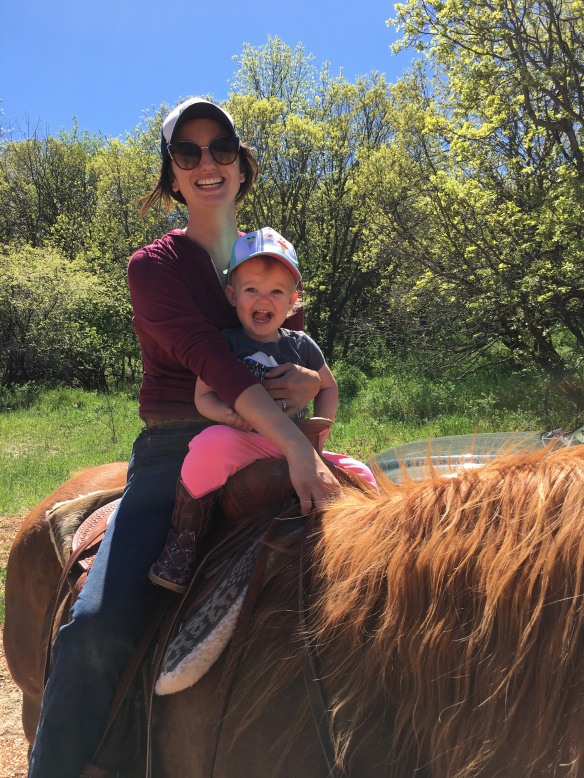 I took Edie on a horse with me for the first time last weekend. We just got back from what I’m now calling my annual Mother’s Day Ride, because we’ve done it two years in a row now and it’s pretty much the only time since giving birth that I insist that today I’m going riding, so who wants to watch the baby? 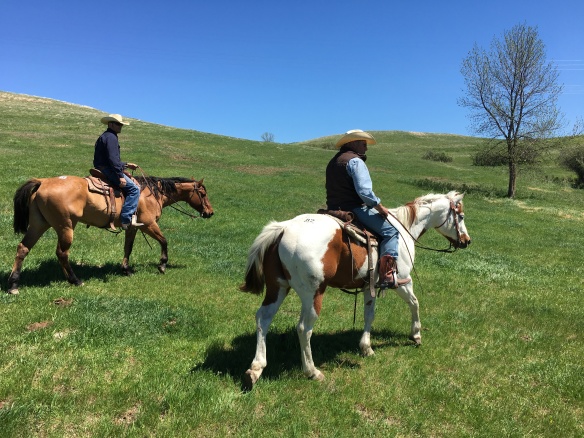 The day before we took Edie to her first horse sale in one of those spontaneous last minute decisions to do the thing we probably shouldn’t do instead of the million other things we should be doing, and so, because it was going to be 80 degrees, too hot for productivity, we loaded up and headed to the big town to sit at the sale barn and see if we couldn’t find a horse or two to replace our good buddy Stormy. 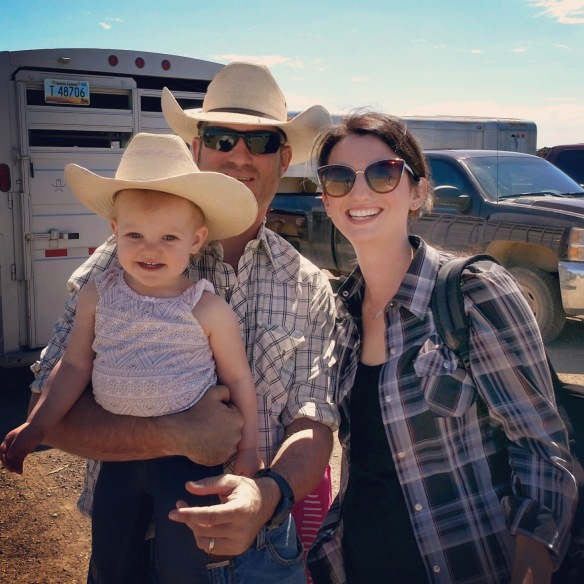 I submitted next week’s column on how much I love the sale barn, an affection solely tied to the memories I gathered when I was a kid tagging along with dad, because I found, even at 80 degrees with a wiggly, sweaty toddler, I still loved it. And I think Edie did too. She really got into the whole yelling thing. I think she might have even bid on a few herself 🙂 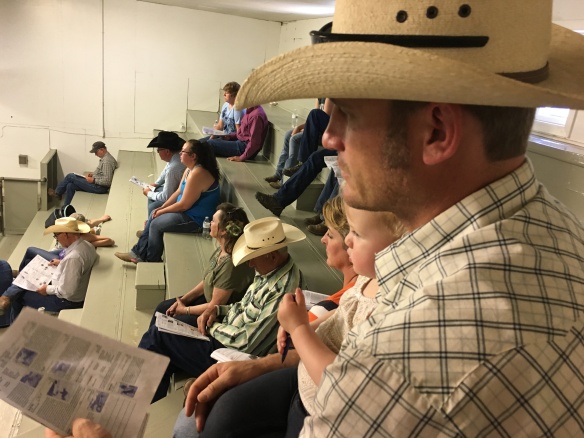 Anyway, a have a little more to say about that for next week, but I will tell you this, if you think we sat through an entire horse sale without winning a bid or two, well then, you don’t know us very well.

If you figured we’d come home with more than one, well then you’ve hung around here a fare bit. Because we headed home with two nice geldings and my Sunday Mother’s Day Ride was a perfect time for the guys to try them out while I plodded along beside them safe on my trusty steed, Rocky, not willing to be the one who discovers the kinks. 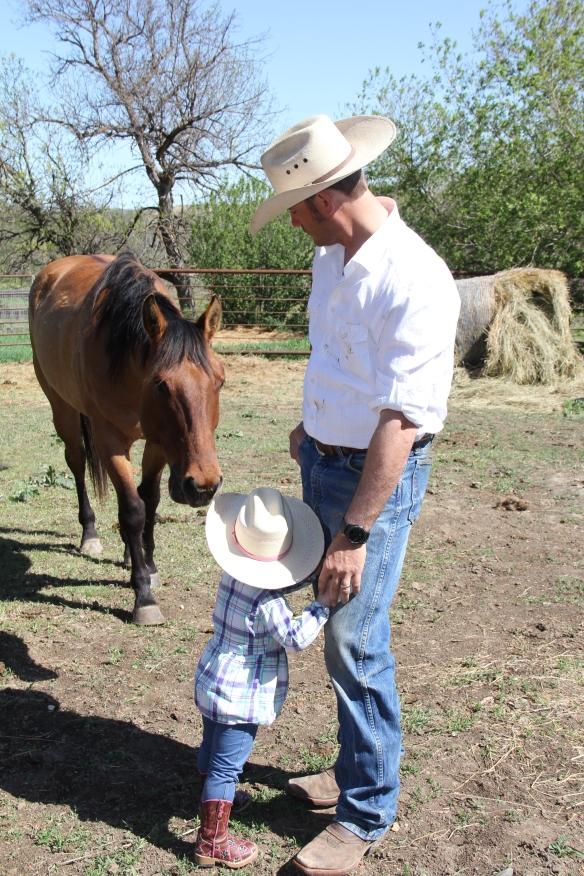 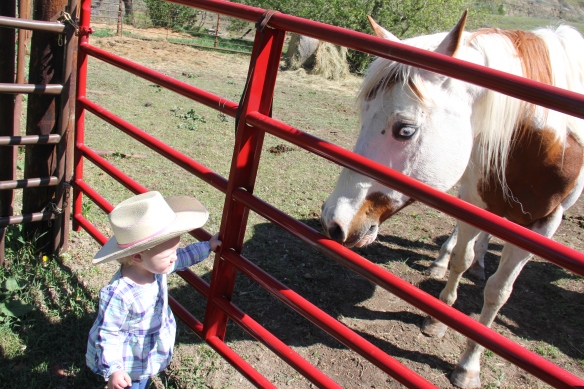 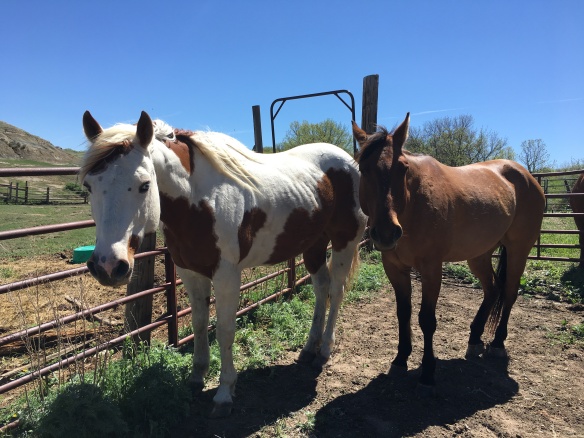 It was a beautiful, windy, spring day and we didn’t even really do any work or chasing cows. The cows were spread, hiding in the trees, munching on the long grass and weeds that grow on the creek bottom and so we just looked around at the scenery, commented on how things are greening up and caught whiffs of the blossom scent blowing up and on in our nostrils. 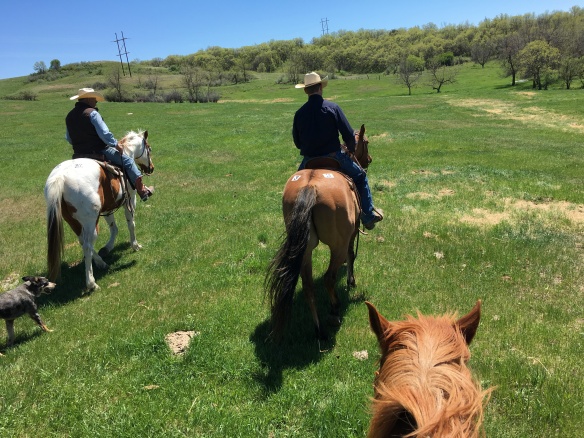 Chad’s new dun rode out nice and calm and the paint we got for the purpose of an amateur/kid horse seemed to do his lazy job just fine. So we were pleased we could say so far so good. 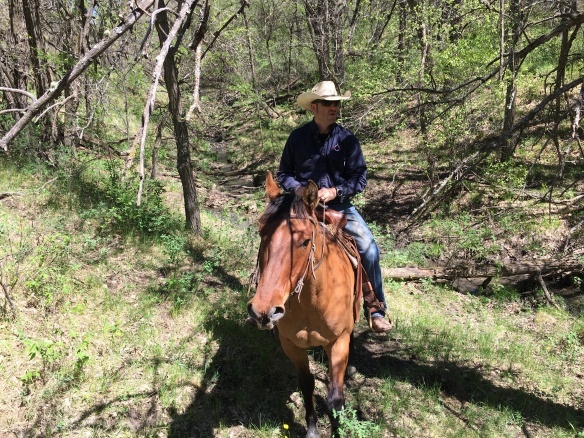 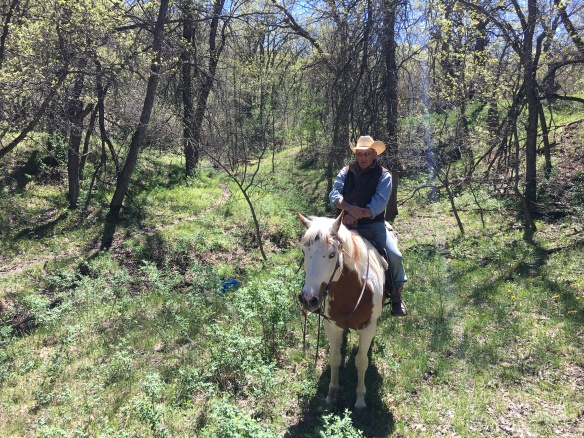 My little sister (and her big baby belly) was inside the house with Edie and I thought it would be fun to ride down and see if she wanted to get on a horse (the toddler, not the belly). I came in to get her just as Alex was getting ready to bend over and try to squeeze Edie’s boots on, so she was grateful for the relief.

And Edie was pretty excited to be up on that horse. As soon as she decided this was one of those things she loved, she basically did what she does, and became obsessed with it.

Couldn’t take her down.

When her cousin showed up to take a turn, she lost her shit when he disappeared with Papa over the hill, reminding me yet again that 1 1/2 year olds are the worst at sharing. 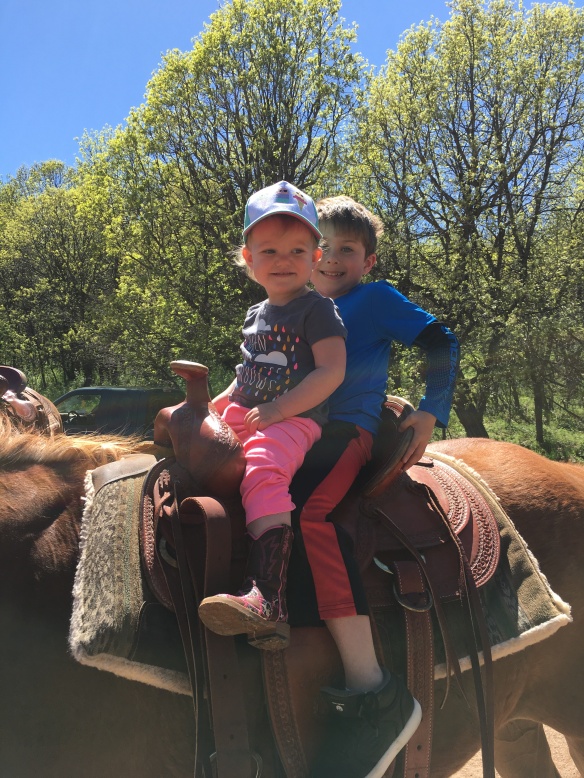 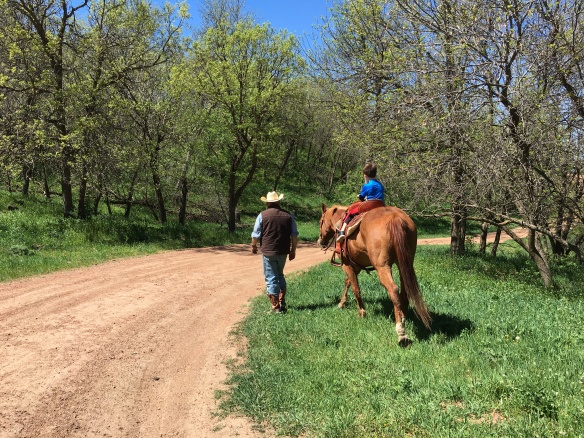 Turns out she had the same sentiment toward sharing her harmonica, bouncy horse, toy tractors and Papa too. 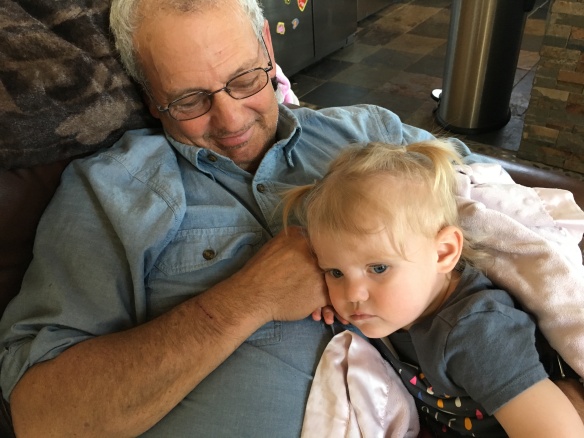 Good thing the 6-year-old is tolerant. 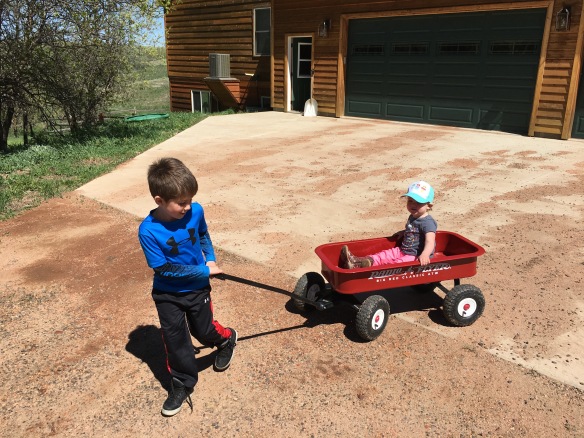 Anyway, having her up on that horse with me was one of those moments when I realized that a dream I used dream was coming true. I’m not deep enough into this motherhood thing to forget how much we wanted and waited for little things like this.

And I didn’t realize how wide my smile was until I watched the video back. It seemed it almost matched hers.

It was one of the best days I’ve had in a long time because of this. I remember how hard Mother’s Days used to be for me. It’s getting easier to forget, but I will never forget. For all those mommas-to-be out there waiting for their babies, I promise I will never forget.

And I hope with all my heart that you get a moment in your life like I had on Sunday, a moment where you hold your child and the two of you smile as wide as the sky you’ve been given a chance to raise her under… 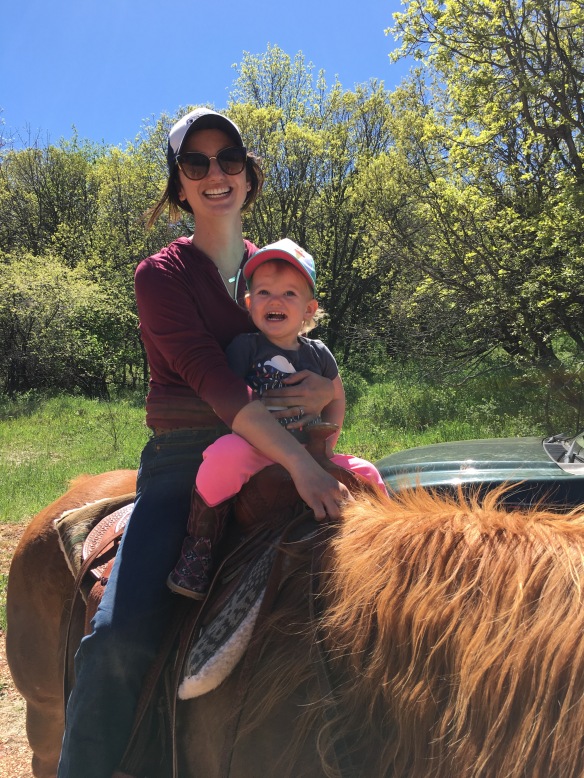