So yes, you heard right. Big sister status is due to set in for Edie on December 8th. And just like her mother, she’s having some mixed emotions about the whole thing. 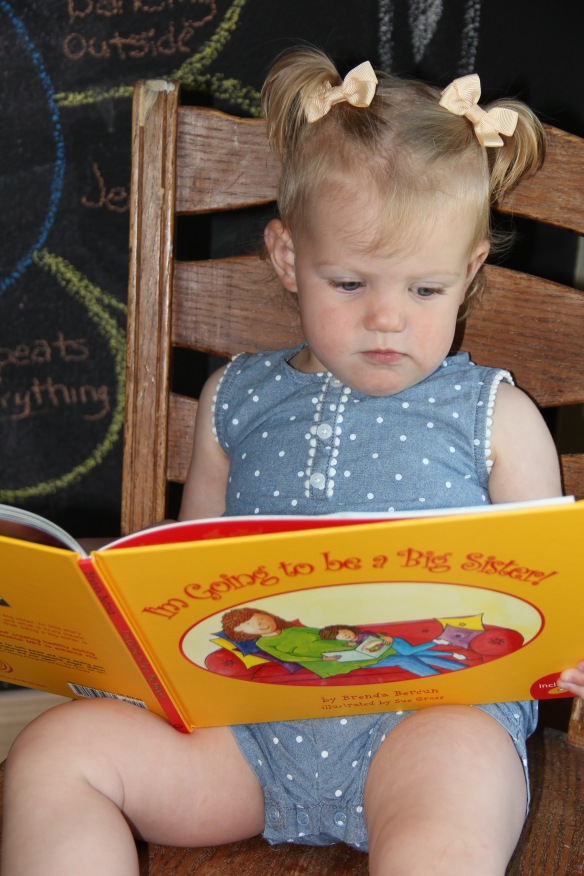 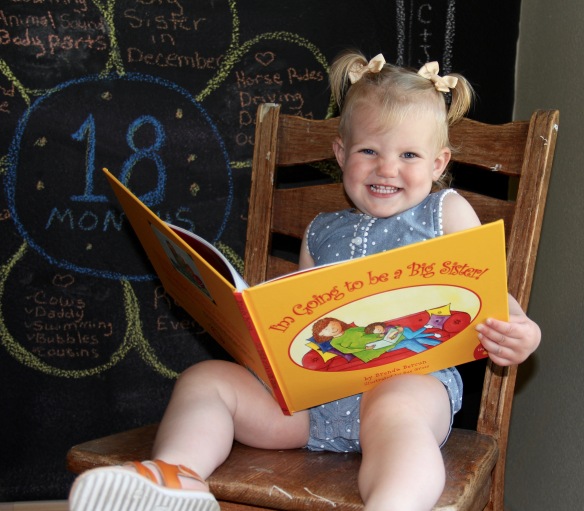 Like, I’m simultaneously excited and terrified. I mean, I haven’t forgotten some things, if you know what I mean. They say you forget, but I haven’t.

I remember. I remember the first three or four months of pain and no sleep and major adjustments, although some kind people have told me that it’s all easier with the second child, because you know what to expect, what you’re doing, you’ve made your mistakes, etc.

Then the people sitting next to those people tell me they’re lying, sooooo….

But, it doesn’t matter. I didn’t think we’d ever have one kid, so the idea of two, well, I think it’s going to be great.

Edie’s hit 18 months and she’s too smart for me already. We spend most days reciting animal noises and body parts and singing Twinkle Twinkle but mostly she just follows me around and repeats everything I say. 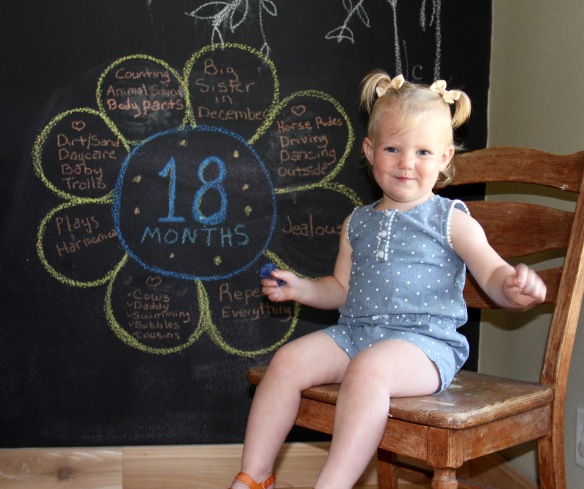 When she farts, she says “Toot!” and it’s hilarious.

When she gets up on the horse with me she says “Yee Haw, Yee Haw” and it’s everything. 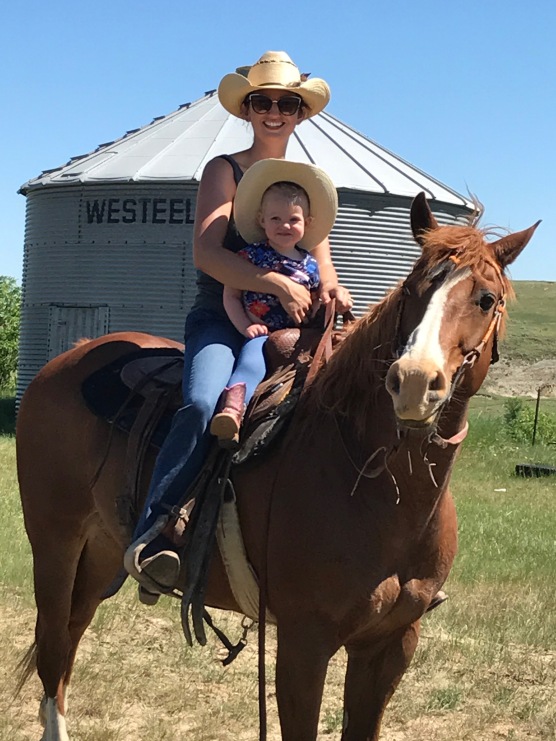 When my mom says “Dammit” there’s an echo.

When she wakes up she yells for Daddy, and that’s just typical.

When daddy’s not there she asks “What happened?”

Because daddy’s her favorite.

The girl’s the most jealous little thing I’ve ever met. Just yesterday I went to lay with my husband on the couch and she promptly came over to execute her removal proceedings.

She pushed me. She cried. She tried Kung Fu. He lifted her up so we could all be on the couch together and she made it clear that was not good enough and I was not welcome  by repeating all previous moves.

She’s none too thrilled when I touch another baby either, which will prove to be a bit of a challenge in a couple weeks when our niece arrives. The little turd’s gonna have to get over it, or I’m gonna have to just snuggle that baby behind locked doors.

It’s crazy how fast a family can grow. My parents will go from two to four grandkids in a matter of a year. And my little sister and I have gone from cocktails on the porch and plans for music festivals to late night emergency calls about what bottles to order on Amazon.

I can’t wait to see her as a mom in action. I’m just a little sorry I told her about everything…if you know what I mean.

Because sometimes, it’s nice when people lie to you. 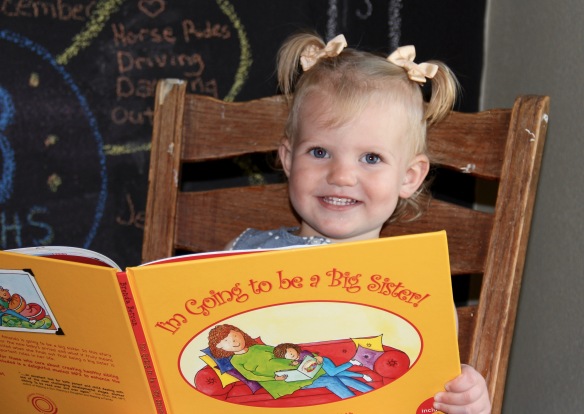 9 thoughts on “On honesty and motherhood…”