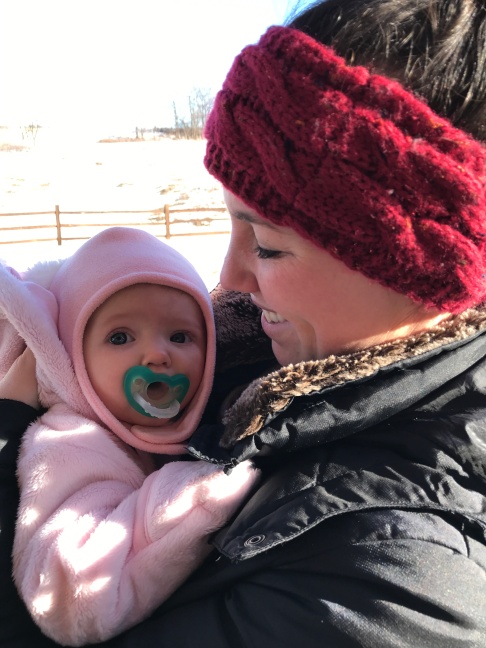 On Sunday my Little Sister came out to the ranch to visit. The weather was nice, like 30 degrees, which is like 60 degrees warmer than it was last week, so we were anxious to take our girls outside and get a little fresh air.

And that’s where I pause a second. Saying “our girls” still feels so fresh to me. I have two young daughters now and my Little Sister has been a mom to her own for seven months.

Just a few short years ago it would have been just the two of us out and about at the ranch, maybe taking a hike or going along to feed cows, mixing a Bloody Mary for an afternoon treat, not knowing how completely different our lives would soon be.

I don’t know if we ever envisioned it, with the big age gap between the two of us, that we would be exchanging little girl clothes and rocking our babies side by side.

“Did you ever think we’d be doing the ‘mom bounce’ together,” my little sister asked yesterday after we came in from pulling the older girls on the sleds and watching Edie try to comprehend why the sand in her sandbox wouldn’t budge. 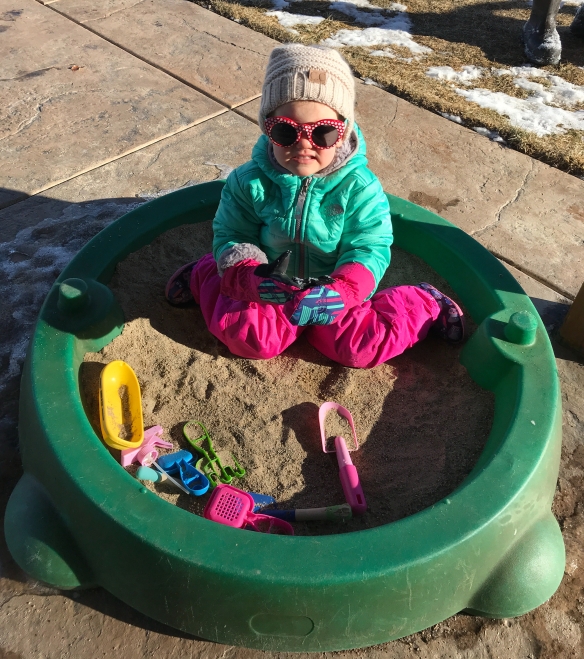 I had a little bit of a flashback then, of the things my little sister and I would do out here on the ranch to pass the long winters as kids. On a day like this you could find us building a snow fort or finding somewhere to sled or ice skate. And we would probably, eventually, get into a fight like siblings do, about something stupid, but not stupid enough to send either one of us inside.

Because who wanted to be inside on a rare, nice winter day?

When Edie came into the world I couldn’t help but wish for her a sister. And when my little sister gave her a little girl cousin, we were both thrilled that at least they would have each other. And now Rosie is here and we get the privilege of watching the beginning of a sisterhood that has the potential to be powerful and wonderful and challenging and all the things these girls will need from each other as they grow up.

I remember what it meant to me, to have my older sister spend time with me, dressing up and dancing to pass a long winter night. Or teaching me things I found so embarrassing, like how to shave my legs or what bra I should wear.

I’m not sure if I did the same for my little sister, you know, teaching her the gross girly stuff. That’s never really been in my wheelhouse. But I remember teaching her letters and numbers and sounds to make words, I remember building her a fort across the creek from mine, close but far enough away for a tin can telephone. And when I got older, I drove her to her orthodontists appointments and took her and her friends to a concert in the big town. I watched her play basketball and I cheered her on and she inspired me with her determination and confidence and made me proud.

My sisters have been gifts to me and I can’t wait to see what our girls become, with each other and on their own. 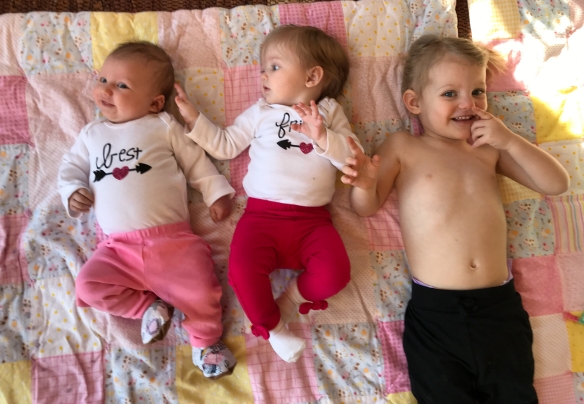 But then there’s a little piece of me that’s nervous for them, knowing the unique challenges girls face in the big wide, intimidating world. Because there was a time I was scared to grow up to be a woman in it. And I don’t want that for them. I don’t want them to question their strength, but to flex at every possible moment. I want them to howl and sing and back up the pickup to the horse trailer like a champ. I want them to wear what they want and pursue what they want without that voice in their head wondering what people will think of them. And if Edie’s being an idiot, I want Rosie to have the brains and strength to tell her. And I want Edie to trust her enough to only be pissed for a few days about it.

And the other way around, of course. Because we’re all idiots sometimes. That’s the point here I guess, I want them to feel safe enough in their skin and in their relationships to make mistakes. Big, giant, mistakes if they must.

Because being a woman in this world, it’s a mess. A big, loud, glittery, dirty, grass stained, complicated, scary, wonderful mess. And I want them to be proud of it. Proud of themselves. And proud of each other for it…

Dear Daughters: Be anything but afraid of growing up
Forum Communications

My two-year-old stood before me, her little pastel jewelry set draped around her neck and wrists, and took a bow. “I a queeeennn!!!” she declared as she bent down to the ground and stood back up, beaming before sprinting down the hallway for more props.

This is not a label we parents have given to her, but one of many she’s picked up for herself as part of the pretend world she’s creating, the way a 2-year-old should.

Better a queen than a princess, I thought to myself. She might as well pretend to be the one in charge. And just as I completed the thought, the little queen came flying out of her room, transformed now into a big, scary, growling monster, proving that in the mind of a toddler, you can be anything. The very same day she was also a tiger, a bear, a guitar player, a dancer, a cook and “funny.” I know, because she told us. And then she laughed and laughed.

As for me, well, it’s starting to sink in that I am now the mother of two girls. It’s a responsibility that feels a bit heavy and significant these days as I watch the news and am reminded what being a girl in this world can mean. I listen to my daughter who is just learning language, point to her dad and declare him a boy and then to me, a girl. Her sister? A baby.

She’s learning the difference already, if only by length of hair and lack of whiskers, and it reminds me of the time in my life when I was convinced femininity wasn’t something to be proud of.

I suppose I was staring puberty in the face and knew enough from watching my older sister to decide that I didn’t want the burden and fussiness that came with that sort of transition. The bras, the boys, the maintenance of pretty — it was scary and unfamiliar territory I wasn’t ready to navigate.

I was convinced that it would all be easier if I had been born a boy, for those reasons and because I thought that it would make me fit better out here at the ranch, that I would have more muscle to open the gates, or that somehow being a boy would make me braver or more capable, more trusted with things I wanted to be a part of, like horses and chores.

I didn’t want to face the pressure of the “girl” stuff. And so I worked harder to show those muscles, so much so that there were times I faked interest in things I had no real interest in and probably missed out on things I would have liked to be a part of. 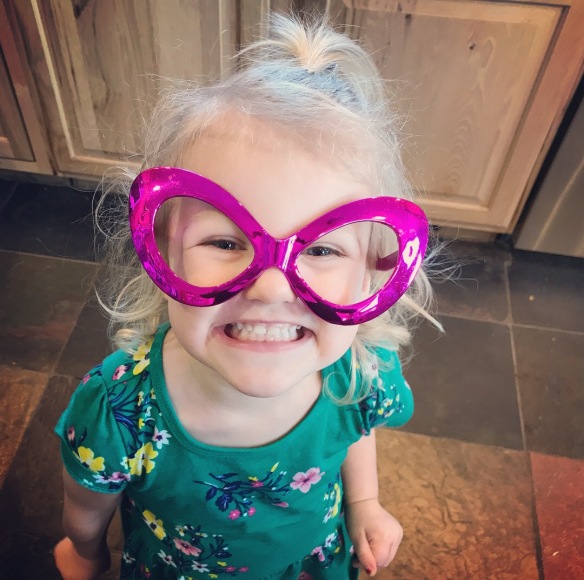 Because girl or boy, you’re in charge of your identity and your body. You have the power to create you. So today you might be a queen, but tomorrow you can be anything.

4 thoughts on “Mother of daughters…”