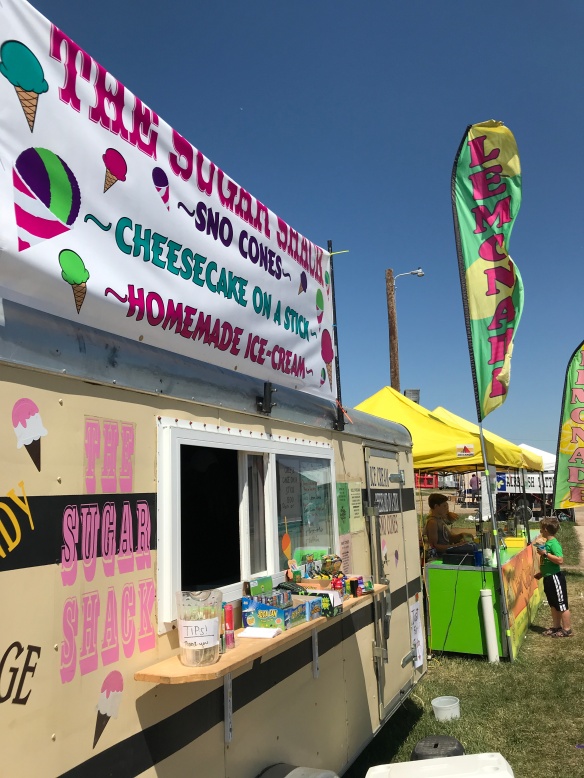 Fair season is winding down up here in the great hot north. I hit up my third fair of the year last weekend, this time without the kids, to sing under the watchful eye of the world’s biggest Holstein cow. On the other side of the building 4-H kids stood, shoulders back, showing off the sheep or goat or steer they’d been working to feed up, groom and halter train all summer, unaware of just how many life lessons were packed into that project. 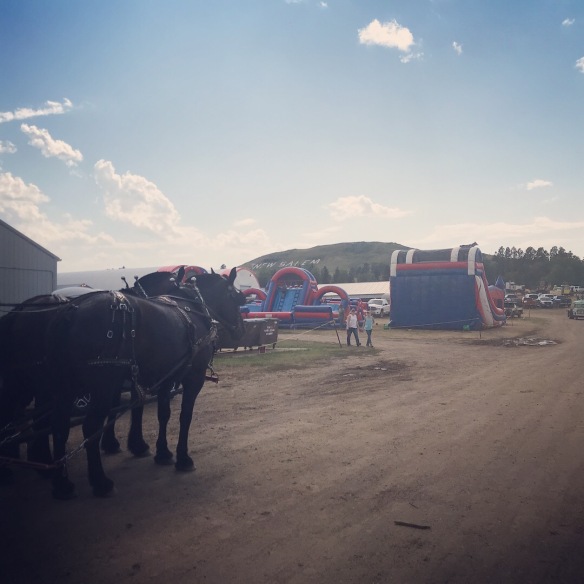 We took the long, impromptu trek to the state fair a few weekends back with, meeting up with a bunch of family. I bought my two-year-old a wrist band and she fearlessly jumped on every ride she was tall enough to sit in. 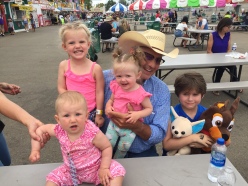 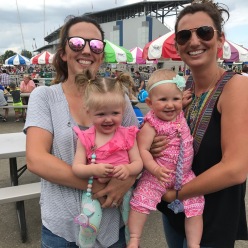 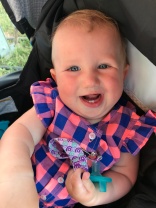 I mean, she didn’t even bat an eye at the thought of reaching the top of the Ferris Wheel. She just grabbed her cousin’s hand and off she went growing up and I stood below, watching and wondering if I should start worrying now about her sense of adventure. 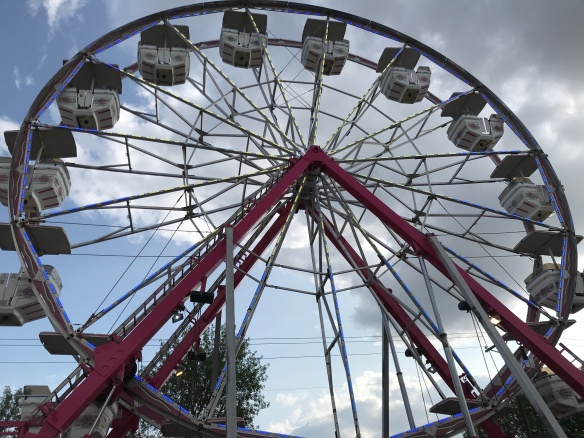 Like, should I be hiding my husband’s dirt bike already? 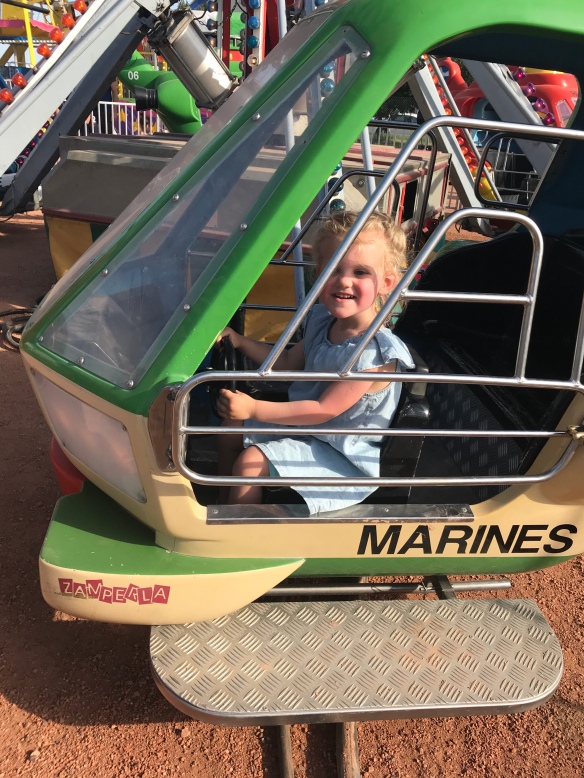 I suppose she comes by it honestly when it comes to carnival rides. When I was a kid, the bigger and faster, the better. And so when I had to accompany her on a ride that spun and jerked around a bit, I happily obliged, even though the seats were ripped and like five out of the ten carts were out of order. We squealed and laughed and then squealed and laughed some more as it jerked us around and spun us in circles…for like six hours. Seriously, the ride lasted forever. It gave us our first opportunity at a mother/daughter ESP moment as we looked at each other, wincing, both trying to will it to stop while I seriously questioned my parenting choice of hotdog before spinny ride. 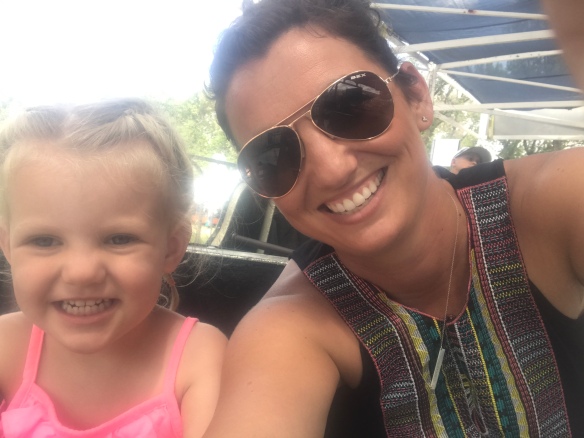 But we lived and we headed to the livestock barns to check out the pigs, goats, and cattle and grab an ice cream.

Oh I love a good fair. The county fair was my favorite weekend of the summer growing up, because I was and always will be, a project person. And so I did projects. And showed horses and looked forward to one of the few times in the summer that I got to stay long hours in town and hang out with my friends.

And so I was eager to take my two-year-old to her first county fair this year…and, well, here’s how it went.

In the name of the fair
Forum Communications

It was 175 degrees and 200 percent humidity. I knew because my hair told me soon as I sat up in bed.

It was 175 degrees and 200 percent humidity, so I did what any good and reasonably sane mother would do: I loaded up the kids and went to the county fair in town. 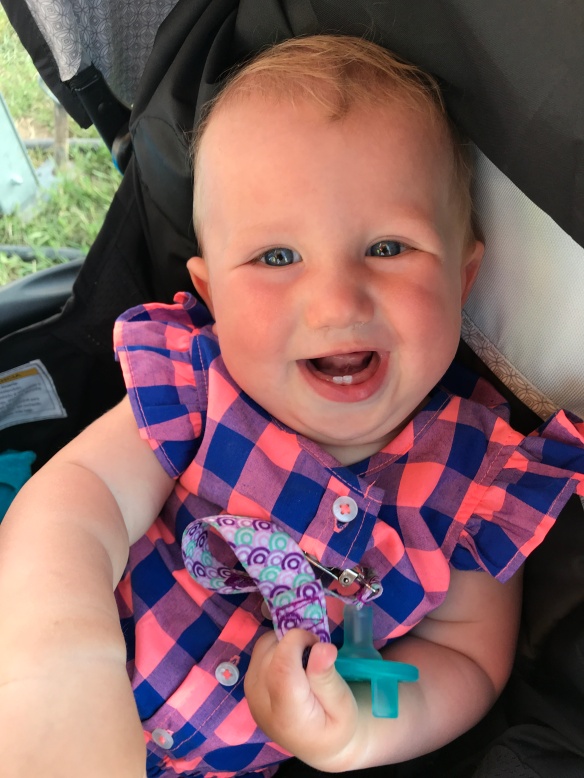 Because this was our only chance before they packed up the carnival and quilting projects, put the horses away, sold all the 4-H steers and took the show rabbits off of ice and back home to safety.

Plus, they were selling giant glasses of freshly squeezed lemonade, which taste really good after lugging a 30-pound 2-year old across the parking lot because she suddenly wants to “hold you.”

Yeah, if only she could hold me. “One day child, one day,” I said quietly to myself, her sweat melting into my sweat as she began sliding down my legs at the food stand where the two of us had a 175-degree decision to make between pizza or hamburgers while my nephew spun around us in the wheels he strapped to his shoes so he “wouldn’t have to expend so much energy.”

Kid had the right idea. So did the lady who took one look at me as I trudged across the asphalt dragging a wagonful of children as if I was on the last legs of a yearlong trek across the Sahara. She handed me a handful of Popsicles and saved my life.

Unless it’s hot and windy.

Or windy and raining.

I stuck one Popsicle down my shirt and handed the melting children the rest and continued our journey past the livestock sale toward the carnival for a flashback to all of the sweat that trickled into my eyes when I was a 4-H kid standing in my long-sleeved white shirt holding on tight to the halter of my clean-enough horse.

Which reminded me of the once-a-year horse-washing ritual I would perform on my mare in the grassy backyard, complete with hose, Mane ‘nTail and a ShowSheen finish only to wake up to an open gate and a horse that escaped to the nearest mudhole. That happened more than once.

4 thoughts on “In the name of the fair”