It seems to be fitting that my first real pondering of this back home experience would be about dogs. Considering I have found myself at times (against my better judgement and all things I learned to love and respect about animals in my childhood)  one of those borderline annoying pet owners who tries to relate to my friends who have actual, human children, with a story about my dogs that is in no way comparable, because they of course have four paws, no real ability to speak and are always happy to see me. I have also been known to put my two dogs next to the Christmas tree and make them pose for a photo to be sent to relatives. But in my defense, it is only because I knew I couldn’t get my husband to cooperate. I mean, they are dogs. Not children. I know this, but sometimes I slip.

Anyway, now that I am out here, the idea of being a pet owner has shifted back to reality a bit. Because when you are a pet owner at the ranch, there are some things you’ve got to get used to. I never did give this much thought when I was growing up here. I never had a house dog–just a cat who lived inside, but she was obsessed with my little sister, so we didn’t talk much (the cat, not my sister). 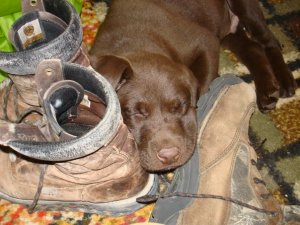 I was always a dog person anyway (and a turtle person, rabbit person, snake person, fish person and lizard person–which didn’t end well–but that is a story for another day).

My family had quite the collection of dogs over the years. All of them loved for their quirky traits and personalities, and all of them with a purpose–to help us in this wild place. To chase cows out of the brush, fight the bull that turned on us in the pasture, keep the raccoons and snakes and an unfortunate porcupine out of our yard and out of our way.

I became attached to all of my family’s four legged members. There was Patch, the ankle biting Blue Healer we got as a puppy when I was ten years old. My little sister wasn’t too fond of him considering he would take every opportunity when she was swinging innocently on the tire swing to latch on to her pant leg or her sock and catch a ride. But he was a damn good cow dog.

And there was P.V., my grandparent’s  Border-collie who began her life with my grandma and grandpa and ended her life without them both. After that I swear you could tell that she missed them. She got sadder and sadder and was the 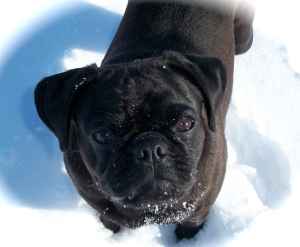 only dog on the place that I know of to have died of old age and not a heroic or adventurous cause. But despite her sadness, P.V. was a good cow dog.

Let’s not forget, of course, P.V.’s pup Colonel, named in honor of my grandpa who always lost the name game with that suggestion. Colonel was a thick skinned collie with a lovely coat of hair who would accompany me during my treks to take photos and sing at the top of my lungs in the hills around the place. He was such a lover of human attention that his overzealous attempts at being the first to greet you as you pulled into the drive landed him in the way of an SUV tire. He survived the impact, but his hearing and sight did not. He used to be a good cow dog.

Which leads me to my predicament here in my second week living full time back at the ranch. As a girl I appreciated these rustic and rugged animals for what they were bred to do. They loved, loved, loved to be free to roam the hills, chasing rodents and the occasional cat, drinking out of the puddles and swimming in the stock dams. In my opinion, there was no better life for a dog really. I mean, some people would disagree, but then I would have to disagree with pushing a shitzu donning a sweater vest in a stroller down the street. I would argue that that is one pissed off shitzu.

During nearly ten years of being away from this rustic place, you couldn’t expect I would have gone all those years without accumulating some furry friends of my own. So now, as you have already heard, I have come home with a labrador and a pug. Home to the 3,000 acres of tick, snake, dirt, cow poop infested glorious spot of nature with two somewhat (minus the sweater vests) citified animals. I mean, yes, the lab, he was bred for something worth while and helpful to man. My husband has taken him on many successful bird hunting trips and he’s really good at it (the dog, not my husband particularly). You know, good at it, minus the whole “get your ass back over here” thing, which is also coincidentally causing some chaos around here as well with all the fun cows and deer and rabbits to chase–it impairs the hearing.

But the pug, ah the pug. Acquired last summer, after a particular slump in life’s progress, my judgement was blinded. It seemed like a good idea at the time. So here we are, the pug, well puggle actually–a cross between a beagle and a pug for those of you who need a visual. The beagle in him, is in fact his redeeming quality out here actually. That 1/4 blend appears to equip him for adventures that were not meant for dogs of his caliber. Other than that, there is nothing practical about him. A smooshed in nose causes issues when running for his life after horses he has been screamed at to stay away from. That curly tail is cute, but I have no doubt that the ranch dogs are mocking him behind his back. The short legs and small stout body do not propel him with ease across this landscape–they in fact make it so that he’s closer to the ground to sweep up the wood-ticks before they can get to any other living thing (I guess that is kinda handy).

But for all of these disqualifications, frankly, Chug the pug doesn’t give a shit and neither does Hondo, the 4-year old

chocolate lab with a hip problem and premature aging. See, these animals, in a different life, had they not been picked up by an eccentric, animal obsessed ranch girl, may have wound up in a neighborhood backyard kennel, tied out in a lawn somewhere, traveling the U.S. on the lap of a retiree in an R.V., or heaven forbid, in a turtleneck sweater in a stroller in Seattle.

But I’m not here to judge. All scenarios are fine lives for dogs, full of love from owners who need them. But it may come as a surprise to some people that what dogs really want is to sniff each other’s asses, roll around in the grass, eat cow shit, (and their own shit for that matter) chase other critters and run until they collapse in the shade under a big oak tree… 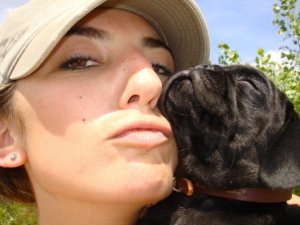 I think of this when I’m pondering what the hell I’m doing out here with my scrawny arms and sometimes nonspecific ideas on how I can acquire the muscles and brains it takes to re-invent the idea of making a living off of my family ranch. And as I pick off the twentieth wood-tick from my dogs and me, or find a surprise in the form of a remnant of some once living mammal at my front stoop, I cringe a little and then take a look around.