I have been focusing quite a bit of my energy on my music these past few months, getting new songs ready to hit the studio to record another album. I’m pretty excited about the leap I decided to take after realizing, out of the blue it seemed, that I might have enough music, enough stories I’m proud of to get this done.

It’s been six years since my last studio endeavor. 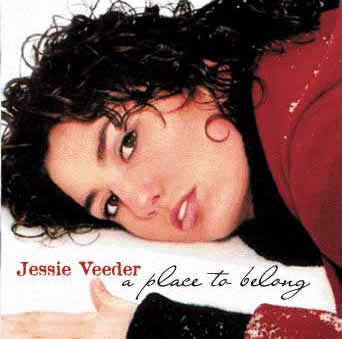 So much has happened since then. Six years ago I was on the road in my Chevy Lumina, Map Questing my way around the country, finding where I was going on the road, from small town to the occasional big city, all the while wishing in between that I could Map Quest the path my life was going to take.

Well, I imagine there’s a reason you don’t get a chance to see your future, to look into the horizon of your life and know what’s over that hill. Because I wouldn’t have believed what I saw.

I wouldn’t have believed that moving back to the ranch, to my childhood home in the middle of nowhere, with my husband and two mis-fit dogs would have put me smack dab in the middle of a world that provided me with the same inspiration it did when I was a little girl walking the hills.

I wouldn’t have guessed that traveling all over the country alone with my guitar, living in the mountains with my new husband, struggling through life lessons and “responsible adulthood” wouldn’t have been enough to inspire me those years in between. Not one decently honest song made it out of me during those years of wandering.

And then I wandered home and suddenly my pages filled up. All of the sudden I had stories to tell and things to show you and people to write.

And I was reminded that the writing was the best part. The writing is the discovery of myself and of the people walking about, living their own lives around me, minding their own business, that I wouldn’t have noticed until they nod their heads at me in the lyrics I’ve  jotted down in my disheveled notebook late at night while my world is sleeping.

I wouldn’t have believed it then, at 21 out on the road looking for a break, a place to stand with my guitar in my arms, an honest ear to listen, that seven years later at home, at the ranch, in the middle of the wild-west, I would find myself at the center of my music…and at the center of my world again.

So this morning as I pack up my fancy boots, a dress or two and my favorite scarf, getting ready to head out to play music for the weekend, I want to take a moment to explain to you why telling these stories is so important to me.

And why telling yours, or hearing it from someone else’s pen, might become important to you too.

Because a few months ago I was reminded. A few months ago I had unwrapped one of my songs after I was asked to play a piece of music to help tell the story of our booming community for one of the local news stations. So I told my story, standing on a busy Main Street as the camera was pointed in my direction, answering questions about changes and traffic and waiting in lines and what it means to have oil pumping from the earth in your backyard.

And what it means to have so many new faces in town.

I answered. And then I played my new song.  A song that hadn’t previously made it out of my tiny house in the buttes. A song about those faces, what they have given up to be here, where they came from, and how they found their way here, to a strange place or, back in a familiar place, back home, with nothing but hope at a chance for a better life.

I told you about it here.

And then one quiet Thursday afternoon while I was sitting at my desk writing something or paying a bill, the phone rang.

“Yes, hello,” said a man on the other line with a kind voice tucked into a thick southern drawl. “I’m looking for the girl who sings that song ‘Boomtown'”

“Well, alright then. My wife heard you singing on the T.V. the other day and she recorded it for me so I could watch it when I got home. She said I had to hear it. She said I think this girl wrote this song about you.”

“Really?” I laughed, unsure of where this was going.

“Yeah, so I listened to it. And well, my name’s Donny, I’ve got a truck, I just got married and I’m  from Arkansas…”

“Really?” I had no other words, because, those words he spoke were my words…and they were in my song…

“We listened to it over and over and finally my wife thought I should give you a call…because, well, I’m wondering, did you write this song about me?”

I laughed again in surprise as this man who I had never met waited on the other line for my answer. A man who no doubt had a story to tell me, a story that I was going to learn a little bit more about about after I came up with my reply.

“Well, no Donny, I just made that man up. I figured he was out there, and well, oh my goodness, he is! ”

He laughed too as we talked more about the similarities he found to his life in the song, about how his company transferred him from Arkansas to North Dakota in the last year because that’s where the work is. We talked about his wife and his daughters and the struggle to find a place to live in this booming place.

We talked about how he likes it here.

I thanked him for his call.

I was so glad he called.

I was so glad I wrote his song, a song I will never again sing without hearing his voice on the other end of the line.

Listen to “Boomtown” and hear Donny’s story below.

I’ll be singing this song at the Fargo Theatre tomorrow as part of the Celebration of Women and their Music show. And I’ll keep you updated on the latest in my studio session and new music. I can’t wait for you to hear the new music, because, well, maybe my stories, Donny’s stories, our stories out here are pieces of your stories too.

Peace, Love and Music from the Ranch.