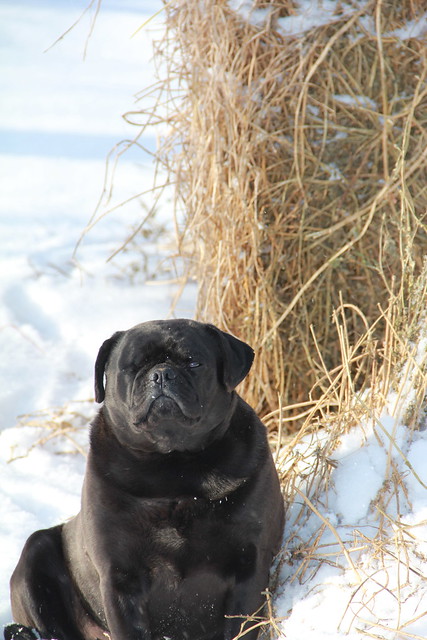 Some of you have asked what has become of the pug, noticing his absence from the spotlight on these pages.

The truth is, I have been wondering the same thing for a few months now. 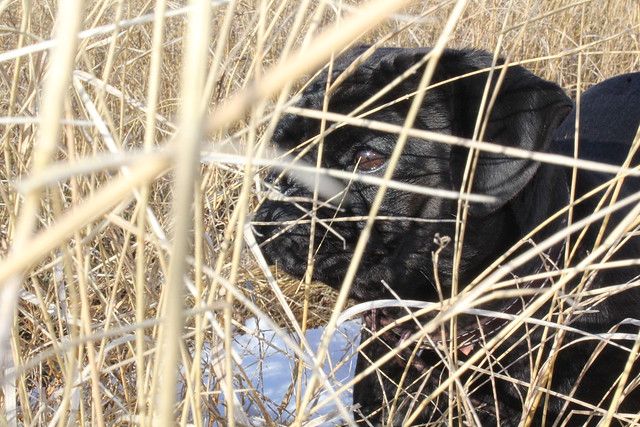 Because a few months ago, the pug went missing.

And I’m afraid that this time it’s for good.

Now, you’ve heard the stories of Chug the Pug’s tendencies to hike to Mom and Pops’ to visit his girlfriend, or to the nearest oil rig to see what the guys have cooking in terms of food and a warm cushy spot in the campers for him to lay and receive an unlimited amount of belly rubs from nice guys who think he’s been orphaned.

The pug, with his one eye and all, was really good at convincing those who didn’t know better that he was pathetic. But he wasn’t. He was self-sufficient. A big dog in a compact body, tortured by the limitations of his physique.

He was a pooch on a mission to sucker you into letting him on the couch, right after you witnessed him dragging a dead squirrel into the yard. 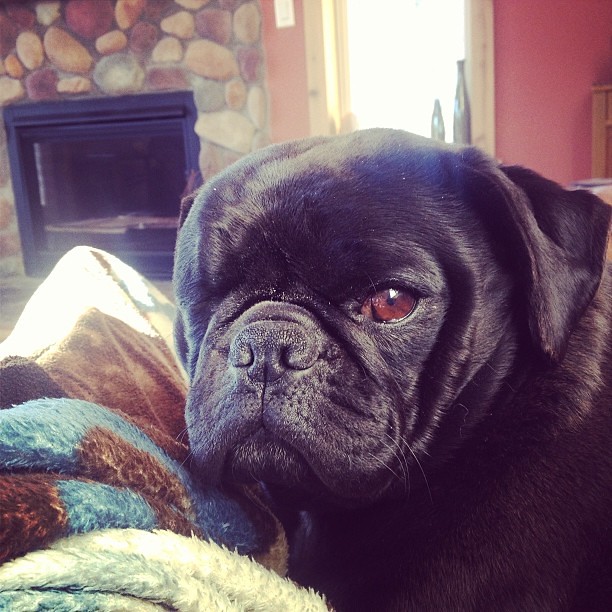 He was a wish granted to me from my husband after a particularly tough year where things appeared to be coming together, but I was falling apart.

And so he found a flyer on the bulletin board of the gas station in a small town as he was passing through. A picture of a dozen tiny black pugs in the arms of woman. 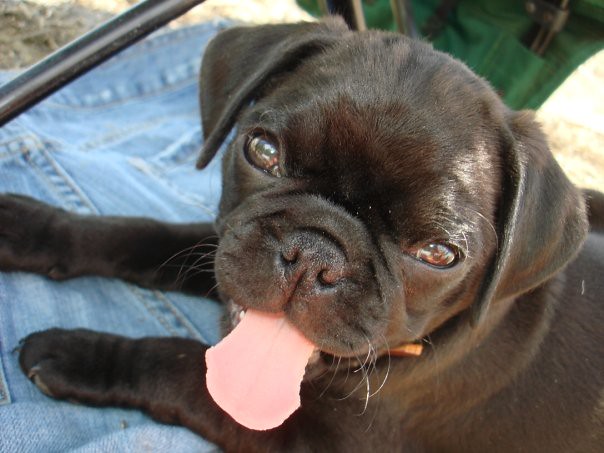 And so he brought him home to a woman under a quilt on the couch, recovering from a surgery that was meant to help her become a mother, the first of many experiments that have dissected and disappointed.

The pug was a way to take the edge off. 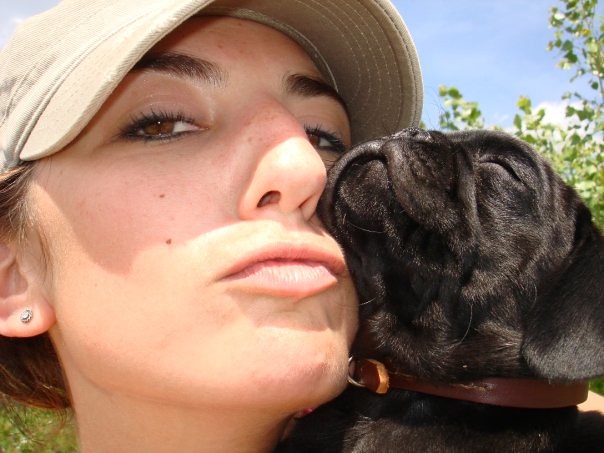 Get home from a shit day at work? Watch the pug steal the stick from the lab.

Sick on the couch with the flu? The pug’ll keep your feet warm.

Grumpy because the world is annoying? Laugh at the pug barking at the dogs on TV. 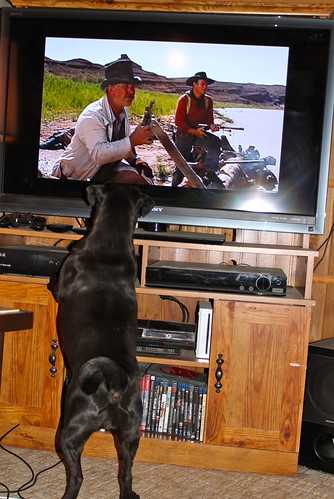 Frustrated on how some things just don’t go as planned? Howl it out.

When I was a little girl we had a cow dog who had puppies and I rescued the runt. And then the runt went missing right as winter set in. I was a kid fresh out of Bible Camp and so I prayed every night that the tiny puppy would come back.

I searched for her in every culvert, old building, tall grass and hole on the place.

I cried and worried and wondered where she could be

And then one day the snow kicked in and I had sort of given up hope, dragging my sled to the hill up the road, and that little puppy jumped out from behind a rock, right toward me. A prayer answered.

Now, that puppy was sick from the start, so a week or so on her own didn’t do her any favors and she didn’t make it much longer, no matter how hard my dad tried to warm her and medicate and bring her back to life. But regardless, I sort of held on to the memory of that little border collie running back to me for the first month of our search for the damn pug, because, well, you just never know.

Every night on his way home from work, Husband would stop at a rig asking about the little black dog. We called the neighbors to keep an eye out. We drove around, up and down the roads, checked the ditches, hollered his name.

I would come down the drive expecting that one of these days he would decide his adventure was done and it was time to take his place on the rug on the floor by my chair.

He hasn’t come home yet.

And I don’t think he will now. It’s just been too long. 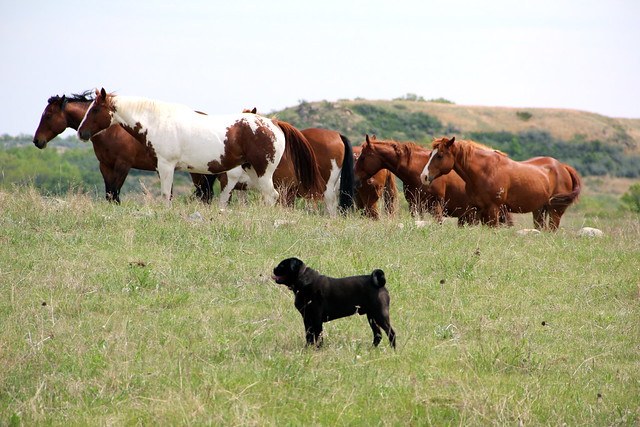 The pug is no longer mine. I say that, but I don’t suppose he ever really was. A creature is his own creature, we just take care of them the best we can when we decide on the job.

I’m glad I had the job. I wish I had done better. 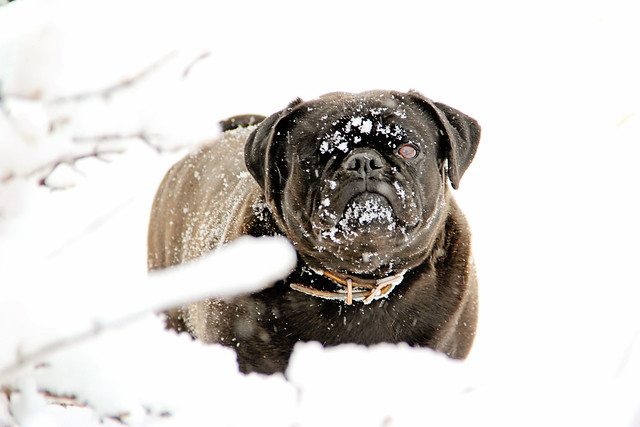 I miss the little guy, but I can’t help but think of him tucked under the arm of a tender hearted roughneck, a guy who found a stray and took him home to lay at the foot of his daughter’s bed.

Or maybe he’s running with a pack of coyotes, howling at the moon at night, being wild inside that block of an unfortunate body.

Or he could be riding shotgun with a trucker along these backroads hauling water or crude, a bandana around his neck, his head hanging out the window, ears flapping in the breeze.

Or maybe he’s out saving stray and wandering cats. He’s always been good with cats. 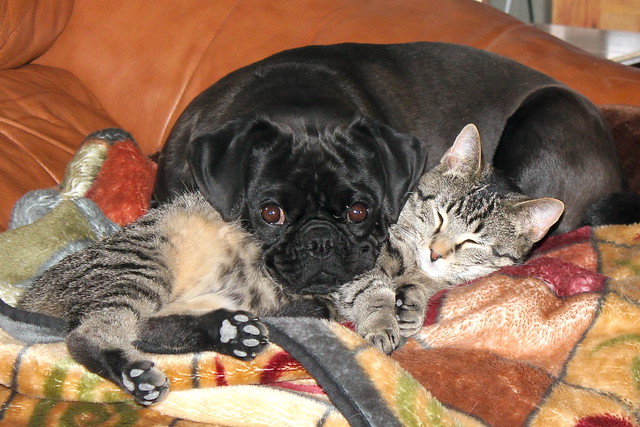 There’s no evidence to the contrary on any of these scenarios, so I’ll just leave it at that and say goodbye now pug.

You helped me through. I’m gonna be fine now.

So off you go… 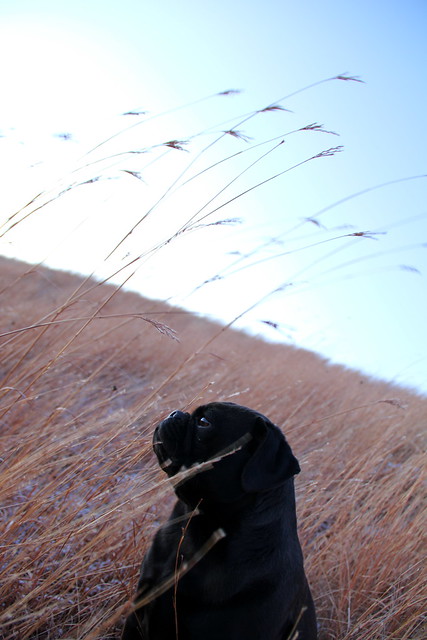