It’s been snowing all weekend.

Actually, it’s been snowing all week.

Yesterday, after a night out singing with the band until 4 am I was a pathetic pile of “I’m too old for this…”

and, thankfully, the weather cooperated with my lack of sleep. On and off white-out flurries outside my window coincided nicely with the opening and closing of my eye lids.

At one point I mustered up enough energy to look at myself in the mirror and actually scared myself.

“Wow,” I said to MYSELF from our bathroom upstairs. “I’m a mess.”

“Shut it,” I said said as I found my way back to the fuzzy blanket on the couch with my kitten.

And that was about the extent of our conversations that day, up until I woke up from my late afternoon nap and wondered out loud what he was going to cook me for supper.

But he was putting together a gun or something on the kitchen counter, (classic hunting season scene) so I decided on macaroni and cheese and thought maybe tomorrow I would try life again.

So I went to bed.

And today I woke up to more winter.

And so it begins.

But thankfully we saw it coming. We heard about that pesky Polar Vortex, but we could smell it in the air, see it in the wooly fur on the backs of the horses and the crust of ice on the stock dam in the mornings long before the weatherman came up with the clever graphics.

So I called up Pops and the two of us went on the last ride before the snow flew while Husband was out sitting in a blind working on filling his bow tag and our freezer with venison. 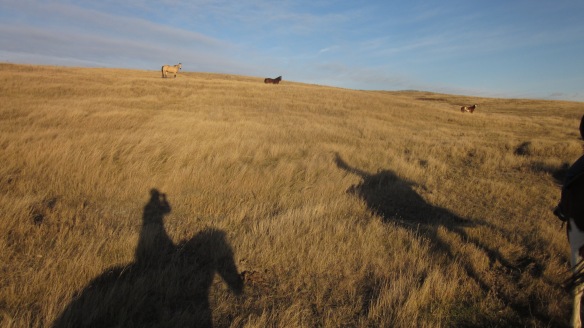 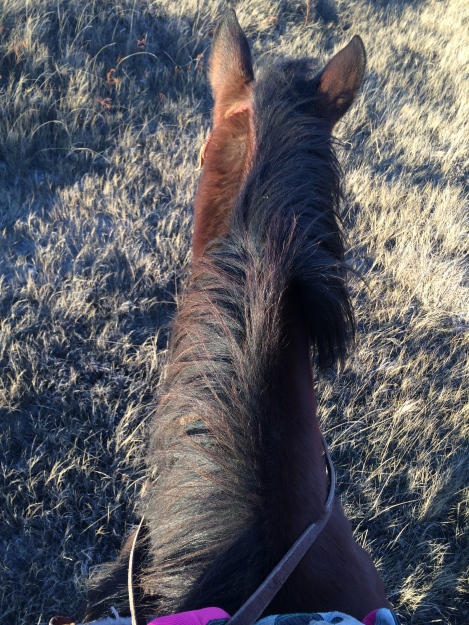 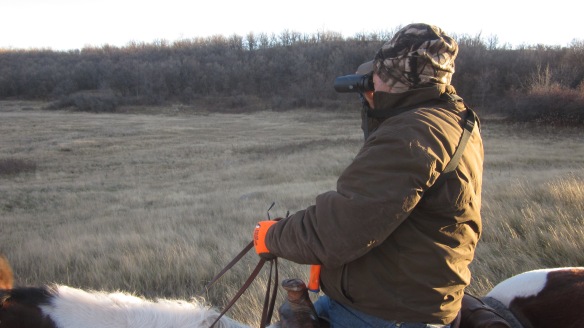 And that’s what this week’s column is all about. It’s about noticing the signs of a changing world. It’s about the animals and how they move around us, the coyotes running wild outside our door, the deer in the rut, the horses carrying us into a new season, and this bald eagle that perched out in front of the windows of our house, posing just long enough so we could all see him before spreading his wings and flying away. 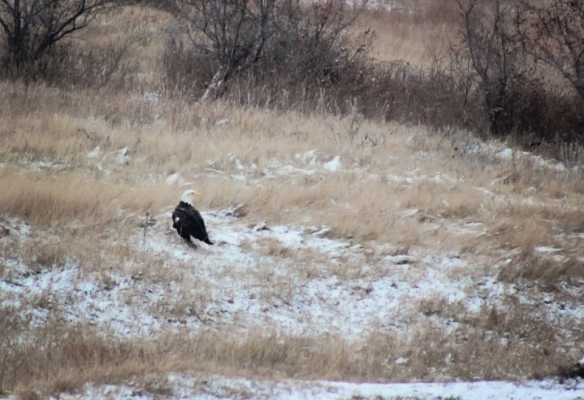 Coming Home: Change of seasons hits inside and out
by Jessie Veeder
11-16-14
Forum Communications
http://www.inforum.com

It’s about the minutes we spend just being aware enough to exist out here and appreciate it for what it is.

Gold turning to gray. Sun going down turning a blue sky black and our breath to puffs of smoke.

I write a weekly column for North Dakota newspapers. Look for “Coming Home” Sundays in the Fargo Forum, and weekly in the Dickinson Press, Grand Forks Herald and Bismarck Tribune. Want my column in your newspaper? Let me know and I’ll help you make it happen!