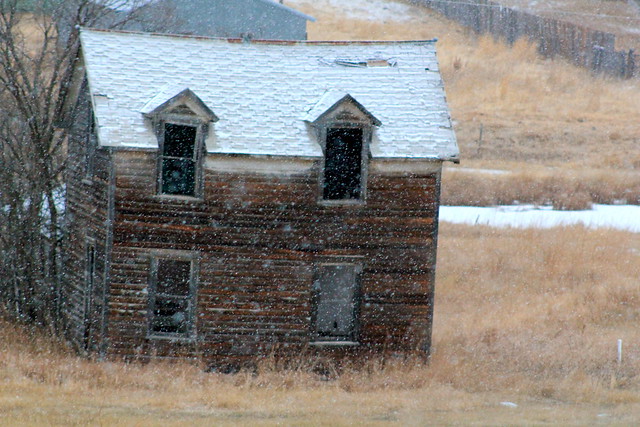 A few weeks ago I gathered a group of women together for coffee and a visit at the pioneer museum in town. I was asked to craft a story that featured farm woman advice for city girls and, while I had a few ideas, I thought it would be wise to get the conversation flowing from  the minds and experiences of women of all generations.

So I called my friend Jan, who grew up with my dad on a ranch down the road, and she called her mother, the woman who raised her out there, and taught Jan enough about making chokecherry syrup and canning salsa that Jan could be of help to me in one of my  “canning emergencies…”

The two women joined me, my mom and another three generations of women to talk work and worry, weather and washing machines and what it was like, and what it is like,  to raise children and crops and cattle out here on the edge of the badlands.

Really, I could have stayed with them chatting all day and into the night. The history and knowledge, the fortitude and respect and connection to place was palpable. But so was the humility. They were all so humble when faced with questions about their accomplishment and hardships on a land and under a sky that could be so beautiful and so brutal all at once. 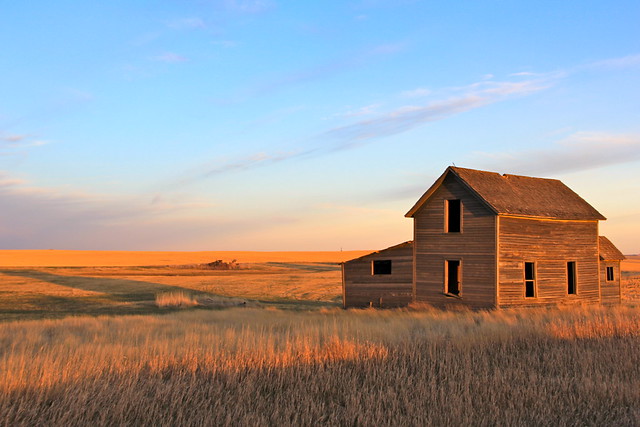 I asked them what they learned out there so far away from the conveniences of town, and what it was like without the help of today’s modern technology when there was so much on the line.

My friend’s grandmother, who homesteaded her place, and then helped her sister follow suit before falling in love with a town boy and moving him out to the farm with her, gave the end all answer:

“You just roll up your sleeves and do what has to be done. There is no other choice.”

And so this has been on my mind as I’m working to extract all the wisdom and lessons and strength in these women’s’ stories.

And I’ve been thinking of my own grandmother, and her mother, a first generation Norwegian immigrant who arrived at Ellis Island when she was only 16 and made her way west to Minnesota before marrying and moving out to their homestead in Western North Dakota when she was only 18.

She raised twelve children and lived well into her 90s.

I was a young girl when she died, but I do remember visits to her room in her nursing home, her teasing the grandkids with her cane and this photo that set on her night stand, the youngest on her husband’s lap added to the photo later to make the family complete. My grandma Edie, dad’s mother,  is the girl in the middle with the bow.

Now all I have is stories and other people’s memories, my dad’s particularly, of a woman who used to call herself “Strong Man Johnson” before heading out the door of the house and pretending to lift it off its foundation at the grandkids’ delight and horror.

So that’s what this week’s column is about. My Great Grandmother Gudrun, Strong Man Johnson.

And now, after it’s been published, I’ve received a few emails from those who knew her, one in particular from a woman who cared for her in the nursing home and remember’s Gudrun’s story of baking five loaves a bread every day.

The spirit of these women drives me. It inspires me and it reminds me that I am braver and more capable than I think I am. Because it’s in this heart that pumps this blood, the blood of strong women. 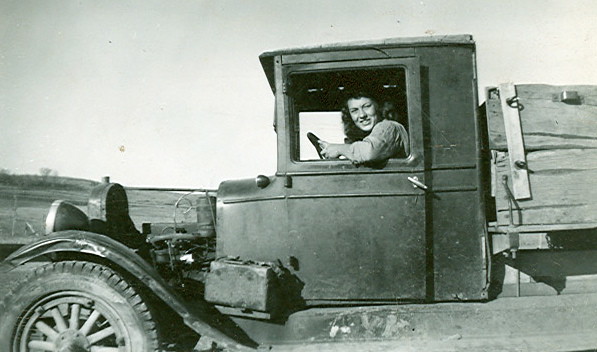 My grandma Edie. One of Gudrun’s five daughters