I am a woman with a lot of ideas.

Like, we should build a big barn and host events.

I should plant a giant corn maze and 1,000 pumpkins and we can turn one of our pastures into a pumpkin patch in the fall.

We should pop out the kitchen wall and give us some more room for cooking.

I should pick ten buckets of wild plums and make jelly for everyone from Christmas presents.

We should have a giant summer music festival at the ranch.

Yes. Big ideas. Because if you’re gonna go, go all out…isn’t that what they say?

Now, none of the above ideas have gone past conversations around the dinner table or on long car rides. I continue to nag and hint about the pig thing to my husband, but so far there’s been no convincing him, and really, that’s about as far as any of it has gone.

But there have been some ideas that I have followed through with, particularly the one that has lead to my career out here on the ranch. The one where I write and sing and build my business from a spot of passion, but even as I move through my everyday, I am constantly wondering, thinking, contemplating on how I can grow and do more.

And I am so fascinated by those who have those big, unconventional ideas and boldly take the leap and see what they might do with them.

As a traveling musician I have had the opportunity to be a part of some big and lovely ideas. Just this summer alone I have sang on a big amphitheater in the middle of the rugged badlands that was once only a blueprint,

been a part of a weekly community party in the street that gets bigger every week, shared a stage with local talent celebrating the music of women, recorded an album with a man in Nashville who went out on his own to produce music the way he wanted and have been a part of a special event in a big, beautiful lodge in the middle of a prairie in eastern North Dakota, a place I get to go back to this weekend to perform at a festival they’re hosting. 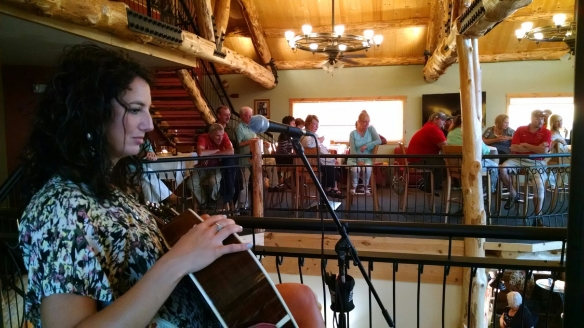 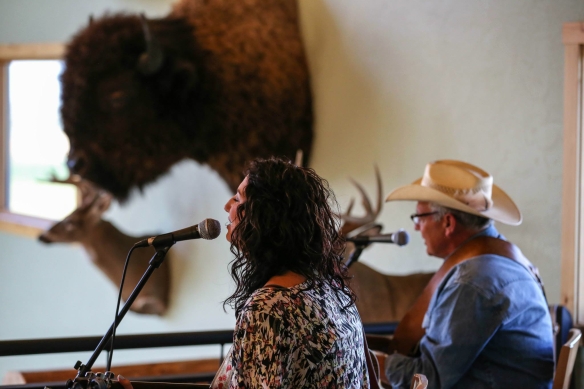 Last week I loaded up my car and headed way, way east to a big, beautiful, log lodge sitting on a hill surrounded by cattle pastures and a patchwork of fields.

I’d been hired to play music during a special event where guests enjoyed an eight-course meal paired with cocktails mixed with alcohol made at a brand new North Dakota distillery and demonstrations from a local mixologist on how to make them.

The whole thing was cool. I got to sit behind my guitar overlooking dozens of people laughing, drinking and enjoying the beauty of the North Dakota prairie as it streamed in from the big windows, an architectural idea perfectly planned to make you see and appreciate this special spot.

And between my sets they brought me samplings of food, which meant I got to sing, visit and eat.

Not a bad gig for a pregnant lady, I tell you.

But the most awe-inspiring thing was not the event itself, but how an idea like a giant lodge out in the middle of a beautiful nowhere sprung from a family who loved a piece of land and thought they could give others a chance to love it, too.

And that a risky idea like that could morph into the really wonderful reality that is the family-owned and operated Coteau des Prairies Lodge is one of those dreams I get to experience as part of my job as a musician willing to travel.

Like making vodka and selling it in downtown Fargo. I met the guy who made that dream his reality that night, too.

Last week families all across the country dropped their kids off at college with advice to study hard and find their way. And traveling with them from the comforts of their childhood bedrooms to the uncharted territory of campus or a new job is a young person’s idea of what their grown-up life should look like.

As I sit here behind this computer screen typing out stories or behind the guitar singing them to ears I can only hope are listening, in the back of my mind sits that little voice that occasionally peeps up to ask if finding myself a real job, you know, with an office, insurance and a consistent paycheck in this chaotic world might be a better option.

There have been a thousand days I think she’s right.

But then I hear the other voice that hollers a little louder and I remember why I’m doing what I’m doing, not because it’s the easiest choice, but because she sounds like she has some good ideas that could work, and may be be more fun.

Like the young teacher in my hometown who spends his summers taking people fishing on Lake Sakakawea, giving them a chance to experience the way a walleye on the line makes a heart thump.

That’s a cool idea. And there are a million of them, big and small, coming to fruition out there every day.

Like the food blogger I know who turned a big truck into a place to sell gourmet waffles on the weekend and who once invited me to a beautiful meal she catered for dozens of people in between a tree row and a field.

Or the entrepreneur in Montana who opened up a store that sells work pants for women and hosts a music festival that draws thousands of people to a cow pasture on the edge of a town with a population of only 950.

Or my mom, who late in her professional life took a risk and bought herself a clothing store because it was where she could see herself and her ideas thriving.

And it’s all a risk. I’ve lived long enough to know that. If I could tell those college freshmen anything it would be that not even the most thought out, stable career is a guarantee. We’ve learned that lesson out here, too.

Yes, sometimes ideas are best left as ideas, but sometimes they come to fruition in beautiful, terrifying and surprising ways if you dare try.

And I never would have thought that one of the best perks of my weird job is having the privilege of witnessing some dang beautiful tries. 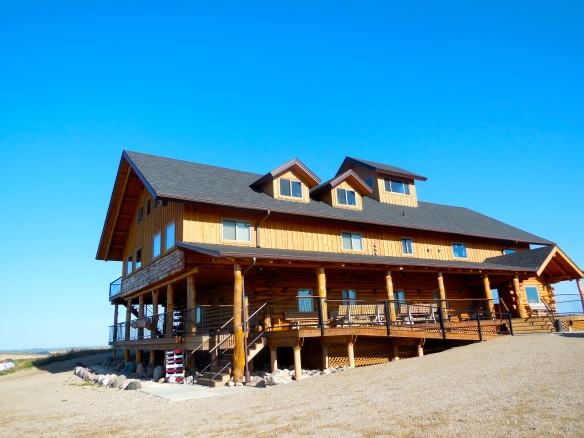