We baptized baby Edie yesterday. We have a happy, healthy baby girl surrounded by the love of a great big family who all showed up for her.

That’s all anyone can ask for in this life, to have something so precious tied to you.

I have known in my life that this isn’t a gift granted to everyone, but when you’re wrapped up in the challenge and goodness of it all, sometimes you’re given a moment that reminds us again to be grateful and humble and happy in the gifts we’re given.

This week’s column is on one of those moments and the thread that winds and unwinds between us…. 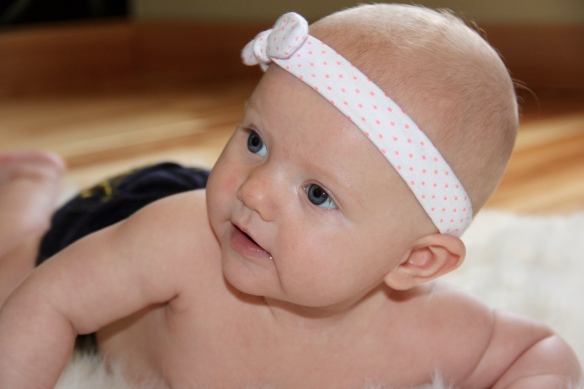 It was one of those little scenes that would play out in the movie version of your life, one that offers comic relief to a series of tense emotions, an argument or a confession: a pile of little kids stacked up on a battery-operated toy pickup, driving back and forth in front of the stage where I played with the band last Saturday, and one little boy, dressed in boots and a Wrangler butt pointed in our direction as he rolled by, bent over the side revealing to us a tiny full-moon.

In the middle of a song I was singing about being strong and holding on, I looked over at my bass player to make sure I wasn’t the only one witnessing the cutest and most hilarious thing in the world. He looked back at me with a big grin, and I finished the song through stifled giggles.

So much for keeping it together.

But it was a welcome scene. On one of the first nights I spent on a stage away from my baby, we were singing to a crowd of kids, families and bouncy houses at an event raising money to grant wishes for children with cancer. 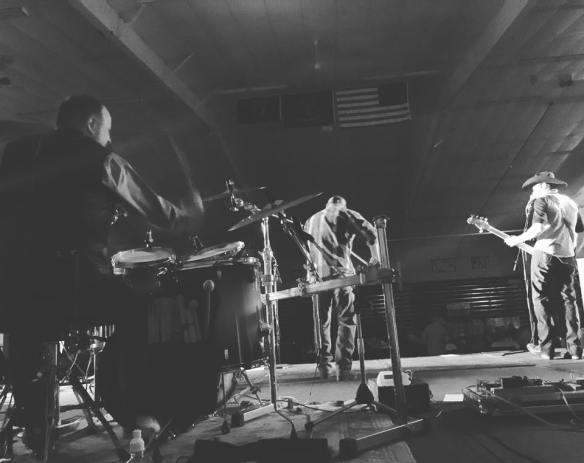 Up on that stage, you get a bird’s-eye view of a community coming together to help ease the burden on families who have been sentenced to watch their babies suffer. From up there, it was hard to tell which children were sick, which were healthy and who had overcome so much in their short lives.

Take a step down and it might become a bit clearer, but from where I stood they were all just kids busting out their best break-dancing moves, giving smaller kids rides on the horse on wheels, requesting that we play the chicken dance and working to break their sugar quota for the year.

Watching their enthusiasm for being let loose at an event designed for them used to remind me of what it was like to be a kid with boundless energy oblivious to the worries of the world.

Now I look out over those dancing, laughing, bouncing children and every single one of them is Edie.

Edie who loves music. Edie who, in just a few short months, might be dancing to it. Edie who would love that toy horse on wheels.

Edie, who was likely fighting off sleep in her dad’s arms. Edie, happy and healthy and so fresh to a world where anything can happen.

Some days having a baby feels like having a tiny little anchor tied to your ankle. I say this with love and honesty as I try to put into words what all you parents out there have experienced tenfold already.

It’s similar to the “heart outside your chest” analogy I suppose, except to me that always sounded so raw and terrifying. Ever since Edie was born, I haven’t felt ripped open as much as I feel like I have been walking around with a thread spooling and unspooling, connecting me to her.

That night I was 60 miles away from my daughter, standing on that stage, and I imagined that thread stretching out along the highway, through the badlands and over the river to where she was breathing, happy and healthy and loved.

Looking out in that crowd of children dancing, I imagined a spider web of threads connecting those tiny souls to the souls sitting on folding chairs, visiting and laughing and keeping one eye out for the little heartbeat they created.

I could say here now how I can’t imagine what I would do if little Edie got sick enough to be granted her wish to ride a rollercoaster or pet a giraffe in Africa, but does it need to be said?

Until the last four months I didn’t know about the thread. And last weekend I was reminded that the thread is as fragile as it is strong.

I opened my eyes in the dark of the early hours of this morning. In the quiet I thought about the little girl in the princess costume being granted a trip to Disneyland. And then about that little boy on the tractor.

I smiled. My baby stirred. The thread pulled tight.

3 thoughts on “Sunday Column: The thread that ties us together”