Since baby Edie arrived, it seems we have a house full of company more often. She sure draws a crowd, and it’s taking me back…

The first few years my husband and I were married, we lived in the house where my dad was raised. Gramma’s house stood modestly next to the red barn on the end of a scoria road.

In my memories, the house was huge, big enough for my aunts and uncles, five cousins, Gramma, the five of us, the cat and a Christmas tree in the corner. We had more than enough room to have a slumber party in the room with the bunk beds in the basement. I’m not sure where our parents slept, but we don’t remember hearing them complain when we all gathered for presents in the morning, a late lunch in the afternoon and an evening holiday concert in the living room put on by the kids, complete with Santa hats and at least one of us playing “Hot Cross Buns” on the recorder.

That was just one string of memories I had attached to the house, but they all sort of looked like that, a piece of the good life attached to a pile of cousins gathered at Gramma’s.

My sister Lindsay, me and my cousin in the Veeder house on Easter morning.

The Veeder cousins with Grandma Edie during Easter at the Veeder House. I’m directly next to my grandma in the adorable striped jumpsuit, always a good choice in the early 90s.

It was my favorite thing in the whole world to meet up with these people who sorta looked like me. They were the only ones in my life who understood that the hay bales covered in snow stacked by the barn were really Frosted Mini Wheats and we were shrunken kids trying to escape the giant spoon. The short, bald gumbo hills in the pasture actually formed a mansion, and we were the fabulous people who lived there. The scoria road that wound up the hill to the grain bins was actually the Yellow Brick Road and, after a long discussion about who was who, we would link arms, sing at the top of our lungs and dance our way to the Emerald City.

That was the thing about Gramma’s house. We could be anything we wanted because we were at the perfect age to imagine it all to be so. The red carpet in the basement was hot lava. The hallway was a wedding aisle. The closets were secret passageways, and the deep freeze was full of ice cream sandwiches.

When I moved to that little brown house with my new husband all of those years later, I couldn’t believe we fit that much possibility and so many big suppers into 1,200 square feet. I was having a hard time finding enough space for my shoes.

Every time I walked through that door and took my boots off on the hot-lava carpet, I was transported back to standing in bare feet next to my cousins while Gramma handed us each an orange Schwan’s push-up pop.

The plan was never to stay living in that little house. Time and weather took its toll on the structure, and we needed more space. So here we are, over the hill in a new house of our own.

Last weekend, the cousins came to visit with their mom and Gramma and Grampa. The kids spent the day changing Edie’s clothes, baking banana bread, feeding the bottle calf, tracking in mud and indulging the littlest ones in make-believe games. 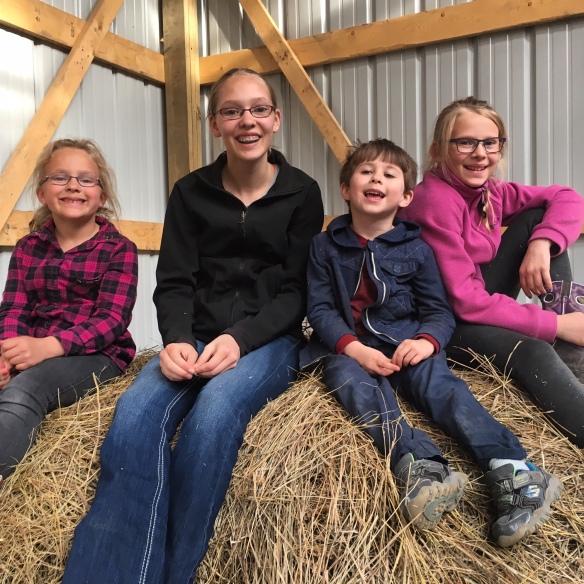 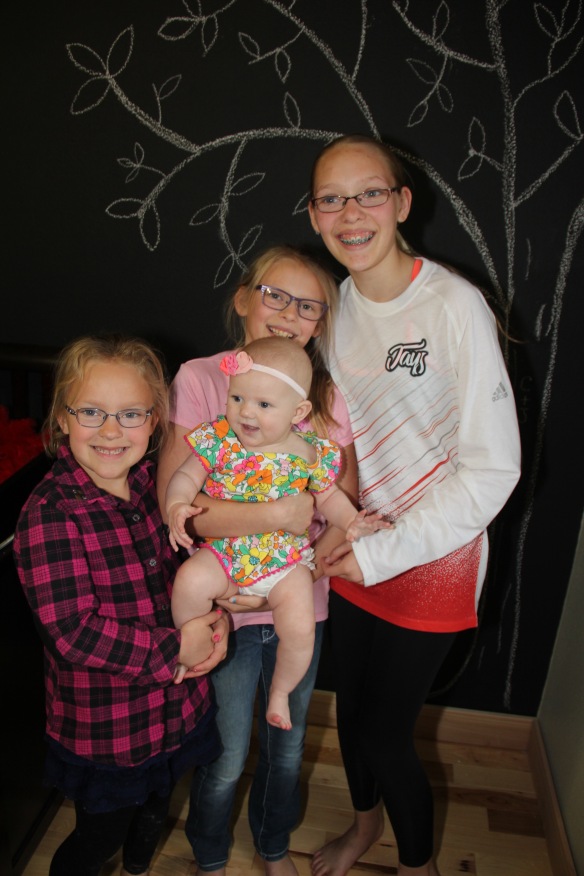 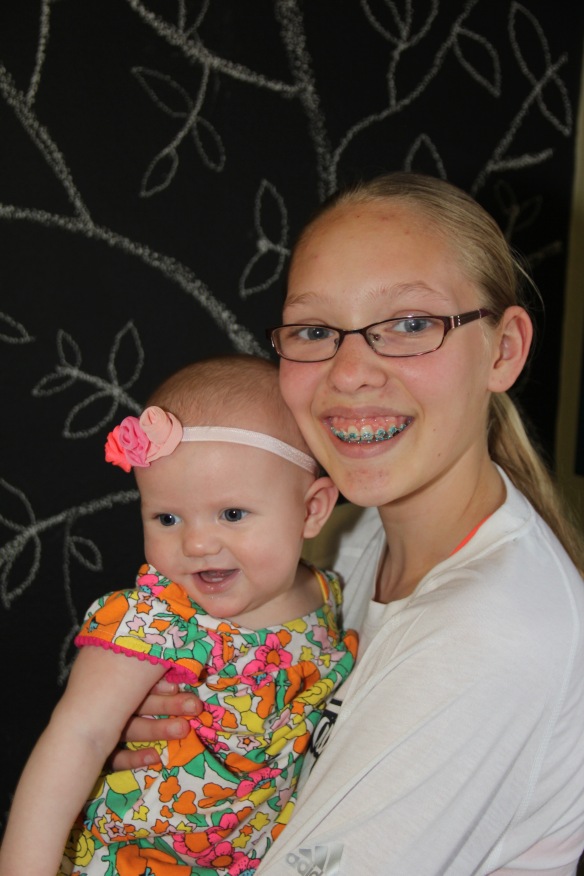 There was a point when I was crammed into our modest bathroom giving Edie a bath with four of her cousins as assistants. I was sweating, she was splashing, the three sisters were bossing and laughing, and my nephew was tossing bath toys in the little basketball hoop suction-cupped to the shower wall. 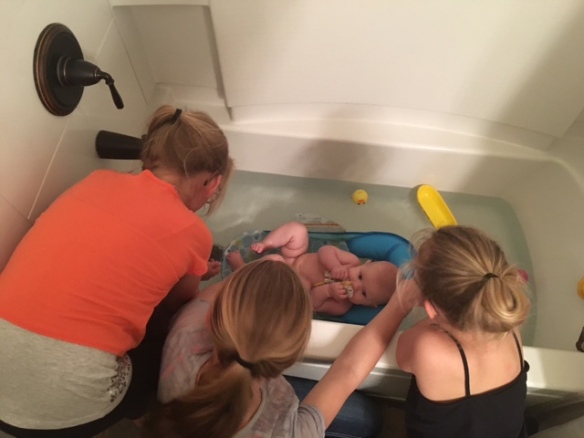 This house that we built is not huge by design, and the basement isn’t finished, so we all bumped into one another plenty of times as we squeezed in on chairs, couches and floors eating hamburgers and helping put batteries into the remote-controlled toys.

At one point, my nephew came down to the basement with me, a construction zone filled with tools and dust, and he asked about plans for the space. When I told him where the walls will go, he threw his hands out and declared this is “the biggest house in the world!”

I laughed and thought of the little brown house and hoped that this one was at least small enough to hold as many good memories for Edie and her cousins.