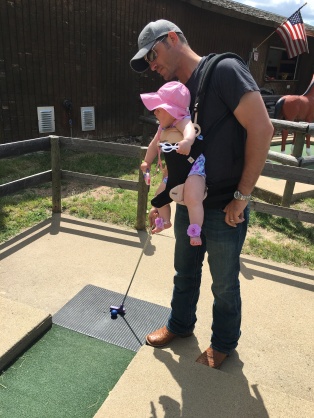 Apparently it just depends on the task. 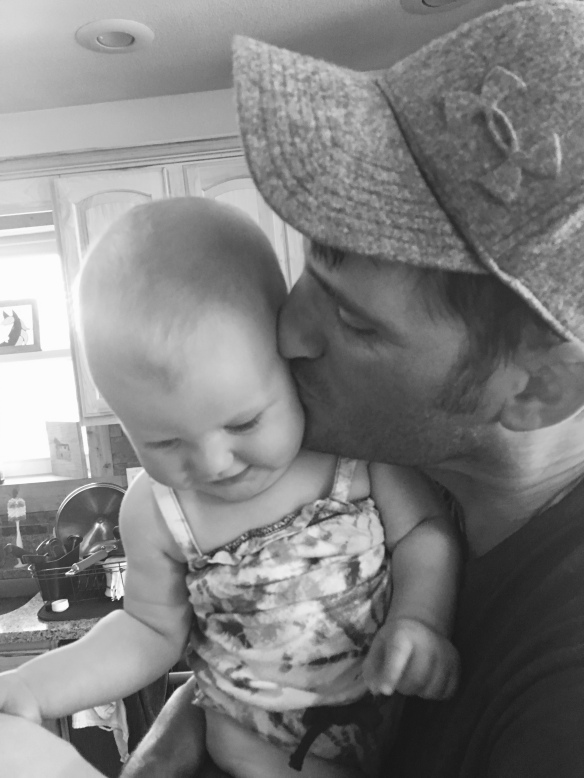 I’ve wondered a long time how it would look on him.

On Sunday mornings when we don’t have to rush off to some big chore right away, it looks like this.

And on nights when things are rough (like when she’s cutting top and bottom teeth at the same time and mom had nothing but a granola bar and guacamole for breakfast, lunch and supper) it looks like this.

And while there’s no question that there is plenty of sacrifice in being a mother, I think sometimes we’re guilty of skipping over the dad part.

Like, we just got in from a beautiful summer evening, an evening Husband could have used  to fix fence or ride through the cattle or go fishing or drink beer on the deck, pretty much anything else in the world, but he didn’t. Instead he spent it in his fancy shirt carting the baby around the hills and smiling for a photographer so we could get those family photos I’ve been talking about for weeks.

And while I will admit that I’ve complained plenty during my six + months of being a momma (knowing full well I should just shut my mouth and be grateful after all we’ve gone through to get to this point but sometimes I’m tired and sometimes it’s hard) but I will tell you the truth here, the man I married hasn’t complained one moment about his role as a dad.

Even when I leave for the night and she only wants mom and lets him know it loudly and for a long time.

Even when she poops through her pants and on to his.

Even when he has to leave his perfectly cooked steak at the table to bounce her on his knee.

Even when he has to take part of the day off work to give me the chance to do my work.

Even when she cries in her carseat the whole hour drive home, and so do I.

And what great qualities to find in a man, the ones that aren’t written about in the Cosmo Magazine articles about dating and finding a perfect match, the ones that will make him a good father to the kids you may one day have together. The most important ones.

Turns out, in the end, it isn’t his six pack abs or his high paying power career or his kick ass karaoke skills that really matter when you find yourself at your wits end because you can’t get the damn carseat installed or you need someone you can count on to get home from work when he says he’ll be home from work because you have a deadline or somewhere you have to be. No. All those things are fun and the karaoke skills may come in handy for the lullabies, but it’s the steadiness, the strength of character, the reliability that matters the most when you need it the most. Because turns out the task of raising a human just might be the most terrifying and wonderful and most important part of your relationship. And so you should pick accordingly.

Not something you really think of when he put a ring on it.

And after a long day with a teething baby where I only had granola and guacamole for breakfast, lunch and supper, I am glad to be in the trenches with a man who was built for this stuff.

And I’m so glad to know that I did something right, picking him to be Edie’s dad.

Happy Father’s Day to you and to all the good ones out there. 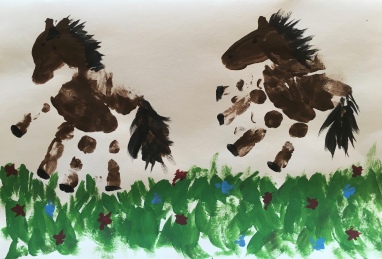 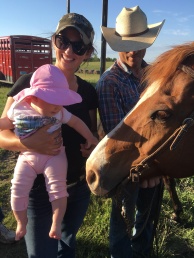 3 thoughts on “What it takes to be a dad”