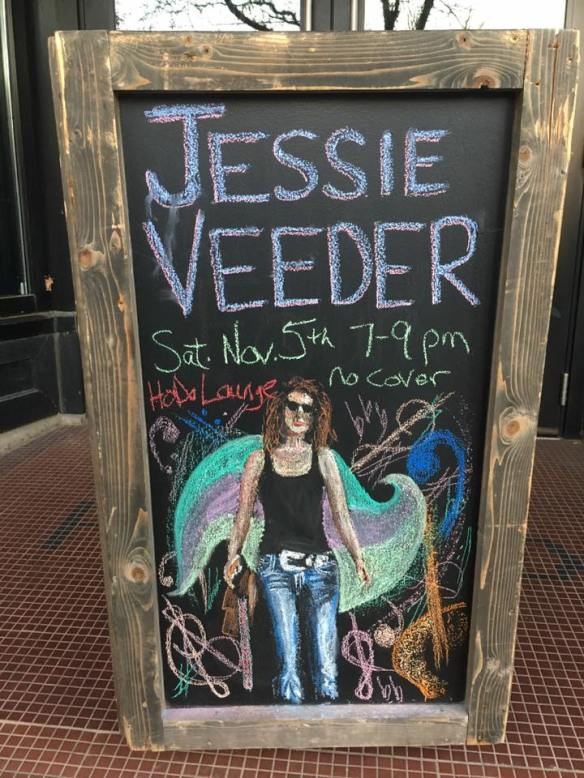 I spent the weekend across the state singing, doing my best to pay tribute to the great Johnny Cash at a concert on Saturday and then playing music in one of my favorite bars with some of my favorite musicians that evening.

It was the first time I’ve been away for the weekend without the baby and/or my husband. Usually the babe gets to come along and we leave Husband in the dust to work on the house or the ranch for the weekend. Poor guy, he never gets to have any fun.

But this weekend I left them both home. My mother-in-law came over to hang out with Edie while my husband and his dad worked on trying to finish up the basement.

This is our life. It has been for years, trying to fit in home construction on the little 48-hour space that we call the weekend. I spent the previous weekend going as far up the ladder as my comfort zone would allow to put stain on the house and kicking the five-years-ago versions of ourselves for thinking it would be a good idea to build a 30 foot house with cedar siding that needs to be re-stained every few years.

That was dumb. Especially when half of us hate heights and the other half has no fear and leans out too far once he’s at the top of 30 foot ladders.

So, to survive, I’ve learned there are things I just can’t watch.

And so here’s this week’s column, written after a weekend spent outside on ladders and in town at the hardware store and in bed late at night realizing that my life will forever be in a constant state of construction.

So if you want good advice, don’t ask us. We had every idea of what we were getting into, and we did it anyway.

“When you get married, marry someone with money,” he said to our 13-year-old niece, sitting innocently at the kitchen counter, holding the baby and feeding her Cheerios. “Or just be rich yourself. That would be better.”

This is the advice we give when you bring your children to our home. I’m not proud of it, but it came to us after a weekend spent trying to make progress on this not-ever-going-to-be-finished house we decided to construct ourselves almost four years ago. And, because we’re hosting a Thanksgiving/first birthday party here in less than a month, we need to get that basement finished, you know, the one that was supposed to be done a year before the 1-year-old was born.

So my husband spent the weekend standing on a ladder mudding the sheetrock on the walls, my niece worked to save the baby from climbing the staircase and eating box elder bugs while I spent my weekend outside on a much taller ladder trying to put stain on the house before winter and cursing the idiots who decided to side a 30-foot house with cedar that needs to be refinished every three years.

Because I hate ladders. And heights. And my husband hates projects like this, but he also hates hiring anyone to do a job we can do ourselves, especially when we’d like to have money in that bank at the end of it all. Because I figure by the time Edie’s 18, her college tuition will likely be approximately a million dollars a year, so we better start cutting back where we can.

Ramen noodles for everyone!

“In my next life, I’m not going to be a ‘DYIer.’ I’m going to be a ‘Hire Someone Elser,’ ” he said while he stood at the top of that ladder trying to reach heights I was unwilling to attempt, maneuvering a stain sprayer while his wife suffered anxiety-induced heart palpitations looking up at him with a white-knuckle death grip on his ladder, wanting desperately to believe that the tightness of my grip was directly related to the likelihood of him falling to his death.

“I should have married you in your next life!” I hollered up to him. “Now careful! Seriously, don’t lean so far over like that, my gawd, I can’t watch this!”

And so, given the weekend’s events, you can see where we were coming from with the money advice. Because while it’s not often people like to admit that money buys happiness, I can tell you with complete certainty that I would have been a lot happier watching a paid professional work a spray gun 30 feet in the air. And I know I would have been happier with the finished product.

Because at least it would be finished.

But it’s not. Nope. We ran out of house stain, daylight and weekend, and if you come over for the party, you’ll likely come in to a half-stained house and an almost-finished-basement, which may or may not have carpet because we did what we could and called it all good enough.

But we’ll have so many people crammed into this little house you won’t be able to see the floor anyway, so in the big picture, I guess it’s a blip.

Like my niece said as she walked the aisles of Menards with me in search of more Sheetrock mud, “What would this family do together if we didn’t do work together?”

“Go fishing.” That was the first answer that came to my mind. But how much real marital bonding can you accomplish on a beautiful lake? Certainly not as much as you get when you’re praying for his life as he extends beyond his comfortable reach 30 feet from the hard, cold ground.

It sure makes you love each other more when you’re back on solid earth, realizing you’re both alive to see another day.

So, yeah, if you want to spend your weekends catching walleye in the summer sun, make sure one of you has some money. But if you want death-defying, love-igniting, budget-friendly adventure, well then, we’re your role models. 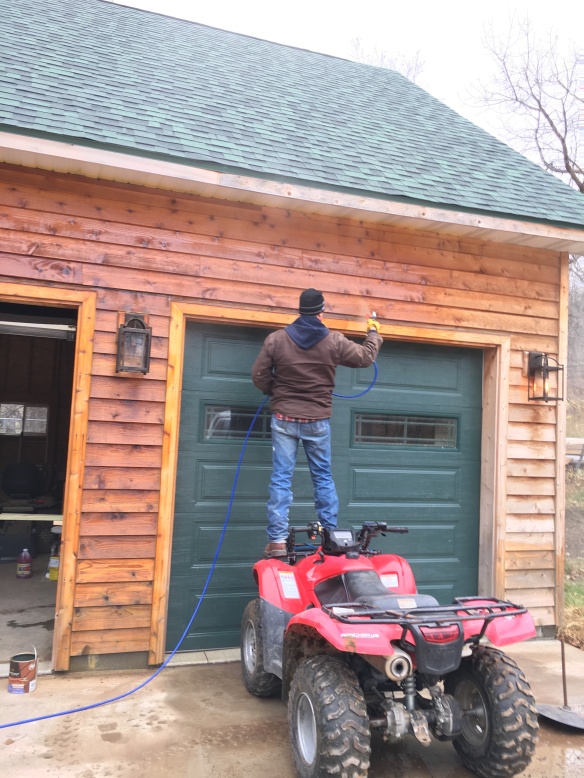