Northerners. We like to boast that we’re hardy and resilient and can stand up against the biting, sub-zero, blizzardy cold without much consequence besides a bad case of hat head.

We can handle our feet and our pickup tires on icy paths, and we know how to hunker down and make it through on hot dish and hot soup.

We like to say this place isn’t for the faint of heart.

I say these things too, but sometimes while using up a good 40 minutes and all of my back muscles shoveling 200 of the 15,000 pounds of snow off our deck, I start making a list of all of the reasons people live closer to the equator.

You’d think I’d be used to it by now having lived up here for the majority of my life, but the truth is these North Dakota winters have always been hard on me.

The inevitable bitter cold and lack of sunshine starts to convince me that I’m doing all the wrong things in the wrong place and that life is harder and sadder and more desperate than it really is, sending me into a bit of a depression I’m always aware of but have never been successful at curing without help from the weather.

It’s a lonely feeling, but I know I’m not alone in it.

No matter what we like to say to make ourselves sound tough and resilient I think we all struggle a bit with the deep freeze and endless white of this season. This is what I tell the new residents in my community with southern accents, trudging through the grocery store line in brand new muck boots and knit beanies pulled down over their ears wondering out loud how much colder and how much longer.

I’m not sure it’s hopeful or particularly helpful, but I try to stay as honest as the place that raised me. “It’s cold. It sucks. But we’re all in it together,” I say.

Maybe that’s the key to surviving it, but I think it’s something our ancestors might have been better at, perhaps because they didn’t have a choice between human contact and three billion television shows piped into our living rooms where you can watch other people live their lives in warmer places, like Antarctica or the moon.

But nothing warms your body and lifts your spirits better than living, breathing bodies eating, talking and laughing in a house together.

And lately I’ve been noticing more boots in the entryway and more dishes in the sink, a result of the invites, phone calls and drop-bys that have piled up as family and friends work to beat these winter blues by simply finding ways to be in closer proximity.

Because no matter the plot line, it turns out actually living your life is more interesting than watching pretend people live theirs. 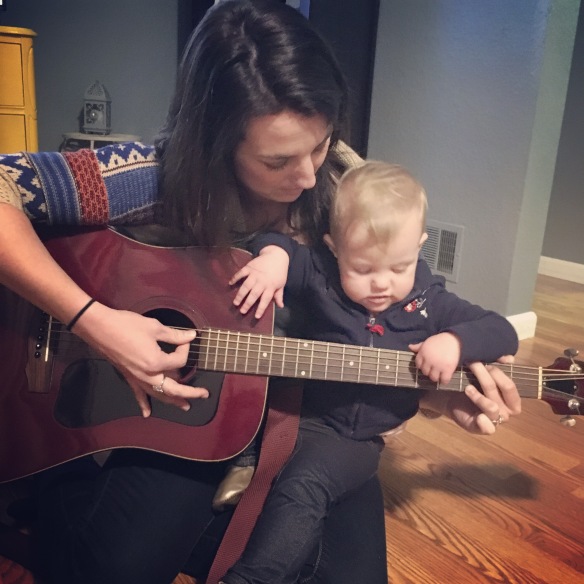 I suppose that’s what I was thinking when I agreed to be in a weekly curling league, a brand new endeavor organized in my hometown to give the community another cold weather weapon.

Curling is a winter sport that’s been explained as golf on ice, so I have no business being there really, considering it’s a combination of descriptors (ice/golf/sports in general) that have been known to torture me in the past. 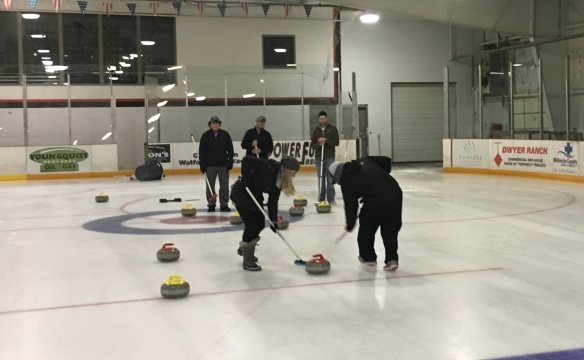 My team consists of my husband, little sister and brother-in-law, and between the four of us, we have about a solid 10 days of actual curling experience, eight of which reside with my husband. But it doesn’t matter, because knowing what we’re doing isn’t the point (although my husband suggested I consider working less on visiting and more on technique).

The point, I think, is the very reason a weird sport that sends you slipping and sliding across the ice yelling “sweep” at your teammates was invented in the first place — because they didn’t have Netflix in the icy tundras of medieval Scotland.

But, just like us, they had plenty of ice and we might as well use it to get some laughs out of this long, cold season.

Because this place may or may not be for the faint of heart, but maybe by spring I can add curling to the list of reasons people chose North Dakota over Texas. 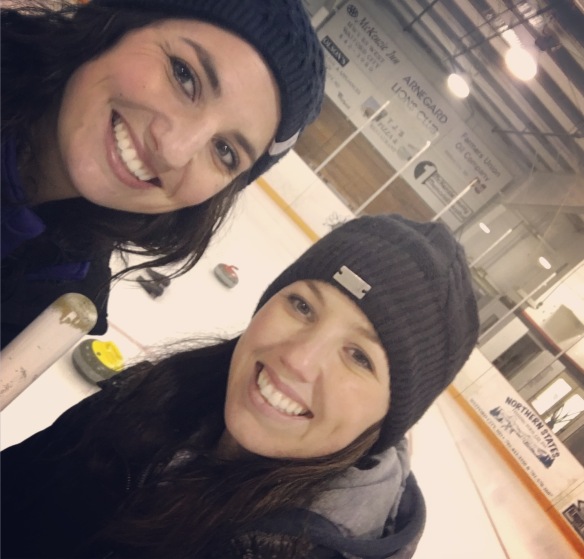 Leave a Reply to Meanwhile, back at the ranch... Cancel reply