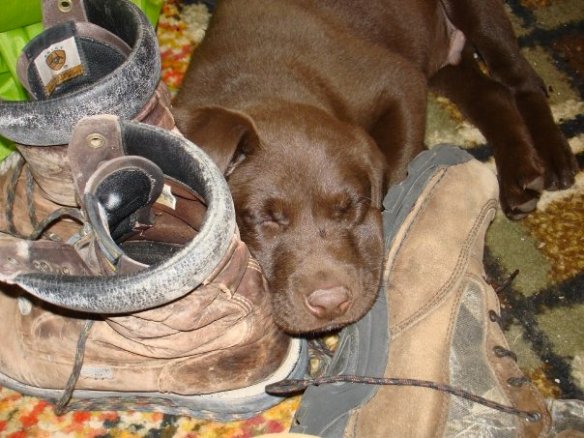 The first year my husband and I got married, we lived in the little house in the barnyard where my dad was raised, unloading all the earthly possessions a pair of 23-year-olds can acquire in the short and broke spans of our adult lives — hand-me-down lamps and quesadilla makers. By the time we emptied our car and unwrapped our presents there was barely any room left for walking.

And so I did what any responsible 20-something newlywed with an uncertain future would do: I got my husband a puppy for his 24th birthday.

And not just any puppy. Turns out that tiny chocolate Lab would become the kindest, most tolerant, steadiest thing in our lives for the years that followed, despite the difficulties he posed in helping us find a decent rental property in the variety of moves that ultimately brought us right back where we started.

It’s been more than 10 years since I chose him from the swarm of his wiggly brothers and sisters. I picked him up and he melted in my arms the way kind creatures often do.

And then the woman warned me.

“Big dog, more poop to clean up. That’s what I always say,” she declared.

And she was right. He is big. His paws make tracks like a wolf in the mud and his tail clears a coffee table with one sweep while he runs to the door enthusiastically to welcome guests, sometimes with an accidental and oblivious swat to the groin.

And while he spends most of his time outside these days, grunting while he rolls around scratching his back on the lawn before picking up the giant stick I swear he’s saved for five years, when he does come inside, he still wonders why he can’t sit on the couch with me.

Because in his mind he is fluff, weightless and wishing to fit in the palm of a hand all the while working to squeeze his body between the small nooks of this house, taking up the limited space available for walking.

But what he is in cumbersome, he’s always made up for in manners, polite and happy to move out of the way when prompted, not recognizing that perhaps he may indeed be fluff after all … and the rest of his 110 pounds is taken up by his heart.

But 10 years weighs heavy on a dog. White hair has appeared around his snout and his eyes droop a bit. His winter fur is slower to shed. Tonight we’ll go for a walk and he’ll hang by me instead of running ahead to kick up pheasants. If I have to take him in the pickup these days, I have to hoist him, heave-ho style, all 110 pounds.

I hoped our babies might grow up with him, but it all took too long and he’s beat them to the growing thing. I didn’t know when I made him part of our lives how those big paws would track time. I hope we have him around for many more years, but I didn’t know when I chose him, when we were so young, how fast a dog’s life goes… 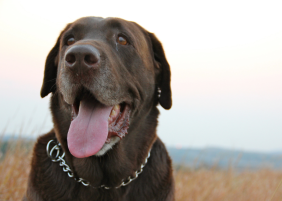 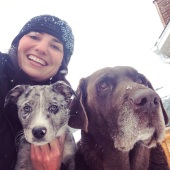 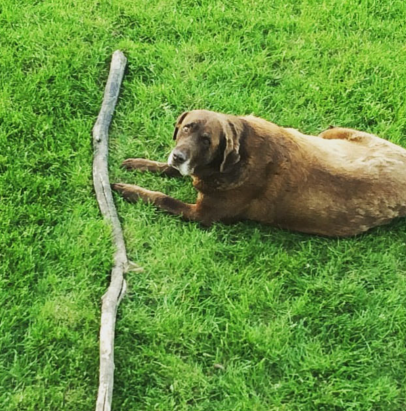 4 thoughts on “How a dog’s life measures time…”