Well, yesterday we took advantage of the benefits of the recent spring storm and spent the afternoon sledding at the neighbor’s. The sun was shining, melting the snow enough to make a nice little snow fort and a really weird looking snowman my husband built with Edie. 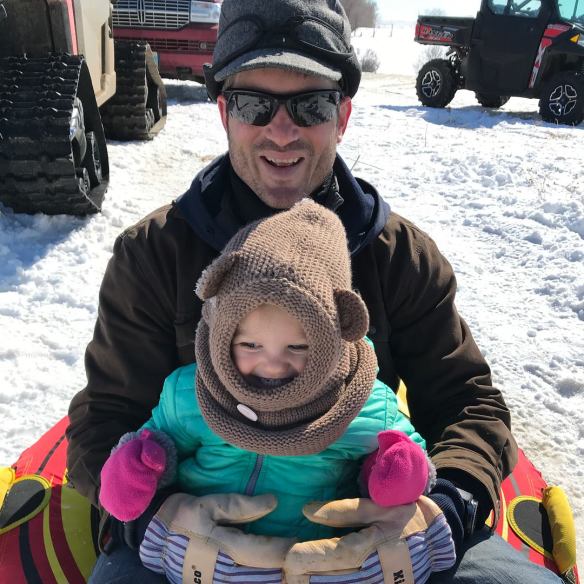 This week we’ll see warmer temps, turning that snow to mud, because that’s the thing about spring storms, the pass through quickly, but the memories hang on tight. 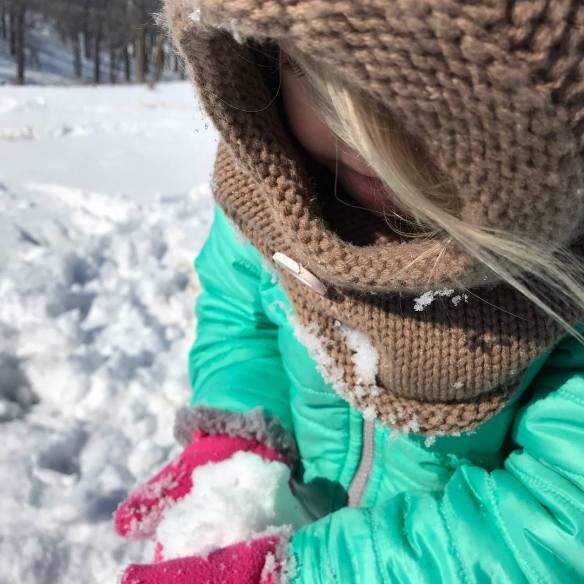 Coming Home; New storms whip up memories of old ones

If you were anywhere in North Dakota last week, the weather was likely on your mind. You were talking about it over coffee, your TV turned to your favorite weather reporter, checking road reports and calling friends to ask what it was like over there in Bismarck, or Keene, or down by Hettinger. And then you brushed off your shovel, or, if you’re lucky, got that new fancy snowblower ready.

Yup, our quintessential North Dakota March storm landed, just like it does almost every year.

Out here we fed up the animals, stocked up on heavy whipping cream, snuggled the baby, shuffled around the house and periodically looked out the window to comment:

“Not as much as they predicted yet.” 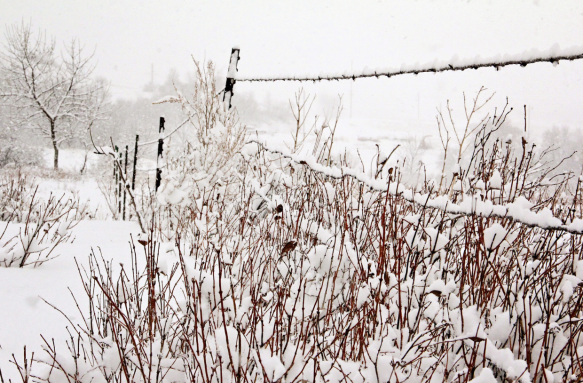 When you’re safe and warm in your home, winter storms like these don’t leave as much of a scar on your memory, but it doesn’t always go that way. For all the miles between here and there in these rural places, you’ve likely been caught out in one of these blizzards at one point in your life. And if you have, there’s no better time to rehash it, compare it and dramatize it than when you’re waiting out another one.

Funny, I used to wonder how my old relatives could remember the exact dates for weather-related incidents — the blizzard of ’66 or the flood in August of ’87 — until I grew up and had a few dramatic weather experiences of my own.

Like the tornado that wiped out parts of southern Dickinson while we were obliviously looking out the windows of our house there, realizing we’ve never seen a sky that color or rain whip sideways that fiercely.

And I remember the blizzard of October 2001, because it came out of nowhere and it took us two whole days to get back to the university from a concert in Bismarck. We were completely unprepared and stuck on the interstate for hours with our exit in sight, but no bathroom. And man, I had to go so badly I considered hard the consequences of a ranchgirl-ditch-pee, but changed my mind when I opened the door and got pummeled in the face with freezing snow. Never mind the audience of cars lined up behind us, I didn’t much care for a frostbit butt.

No, there’s nothing like Mother Nature to keep you humble, insignificant and sleeping in your car at the gas station off I-94 in Mott after making it all the way from Green Bay in record time, but running into a blizzard in your home state that made it impossible to get home that night in blinding snow and two-wheel drive. It was spring of 2006. I remember that.

But I hope you only remember this spring storm for the warm smell of knoephla on your stove and the card games you played when you lost power. I hope that was all the drama to be had, except, of course, what you told in your stories.