When I was touring, some of my favorite spots weren’t necessarily my destination, but the Main Streets I passed through on my way to the next stop.

And much of the time I made the small towns my next stop. Because I liked the way the store fronts lined up. I liked the old diners. I liked the flower shops and drive-throughs that have been painted and repainted and still have the best burgers. I liked the quiet little rivers that ran through them or the surprise fishing pond I might find. I liked the playground equipment and the walking paths and the old men who met for coffee at the Cenex Station.

I passed through many small towns on my way to Minneapolis or Chicago or to other small towns in Nebraska or Kansas or down in Oklahoma and they all had their own flavor–old houses repainted standing behind tall and neatly placed trees, fresh pavement outside the old soda fountain, kids riding their bikes to the new Dairy Queen, a swimming pool or a beautiful school.

If I had time to kill between stops I would slow down and turn off of the Main Street to find a restaurant or a park where I could walk around. Or maybe I would just drive through the residential streets, admiring the freshly cut lawns, watching the kids ride their bikes and throw footballs in the front yards, imagining what my life would be like if I lived in this town by a small lake in Minnesota, or the one in the middle of a field in Nebraska or in the heat at the edge of Texas.

I loved to see America by car. It was a slow-paced adventure filled with time to contemplate things like how one might wind up in Ada, Oklahoma while picking up a sandwich at the local grocery store before heading out to search for a movie theater.

I have traveled through some major cities, but none have made such impressions as those with two gas stations, five churches and six bars.

Show me New York and then take me to gossip on your front porch along a quiet street on the edge of Small Town USA, population 800 or so and I will feel at home.

Last Friday I found myself in one of my favorite small communities in North Dakota, having arrived there in a pretty unconventional way for someone who spent three years of her life reading MapQuest directions and filling the floor of her Chevy Lumina with soda bottles and granola bar wrappers. See, one of my dearest friends invited me to play music at an Opera House in her hometown on the other side of the state and I gladly agreed. So I called up the boys and invited them to join me on the four or five-hour  to drive to this unique and arts-focused agricultural town out east.

But Adam said no to my carpool request.

Yup. Friday night we had a gig. So on Friday afternoon Adam loaded up three guitars, three suitcases, his brother and me in his small airplane  and we took off from the runway in our quickly sprawling small town to get us to the next small town on time.

Now, let me remind you that the last time I was in an airplane like this I had been drinking tequila for two days and decided it would be a good idea to jump out of it over the ocean.

But this, it was…well…pretty lovely.

I had never left town this way or seen my world from this elevation with its frosted buttes, ribbon-like streams, perfectly placed tree rows and miles of trucks and pickups making their way to and from and in and out.

I could have been between them, pushing on to the next gas station to grab a cup of coffee and fuel up before I hit the road.

But I was in the sky with my bass player and his brother and we were going to New Rockford to see one of my very best friends and play music at an old Opera House the creative and inspired residents found special enough to save.

Along the badlands, over the big lake, across miles of fields and dozens of farmhouses Adam flew us across our home state.

One hour and 20 minutes later we touched down on a snow patched runway, unloaded the plane and hugged my friend hello as she swooped us up for a glass of wine and a cheeseburger before we stood under the lights,behind the microphones and on the stage of the Opera House in New Rockford.

And as I swayed and tapped my foot next to my friends playing bass licks and harmonica and singing along to my songs about home and hope and dusty roads and cowboys who have lost themselves, I could feel the people of New Rockford nodding their heads.

I could hear them laughing. I felt like they knew me, like they were my brothers or my grandparents or my little sister, aunts, uncles and old friends. 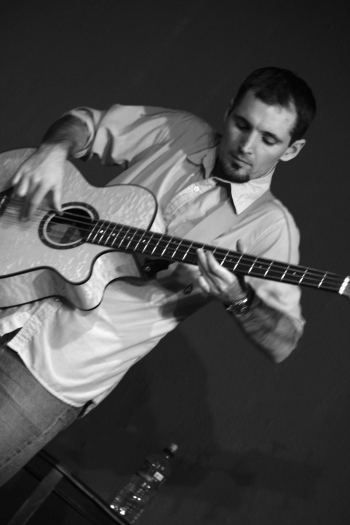 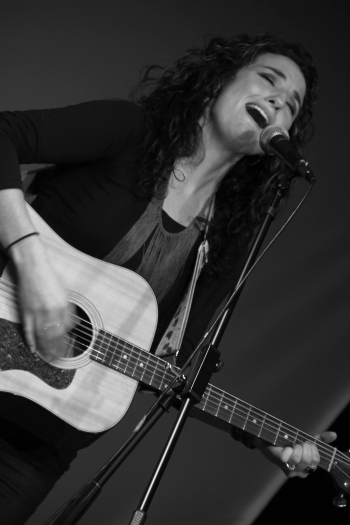 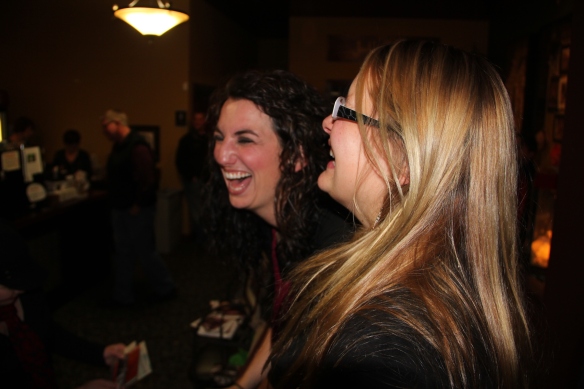 All my life people have been telling me to move away from the comforts of these towns and these open roads that have grown me and made me who I am.  They tell me to leave while they wonder out loud why I’m not chasing the dream they’ve concocted for me, one that lies on the end of the road that leads to Nashville or New York or L.A, someplace bigger and full of more promise for someone like me.

But on Friday I saw my small world from the clouds only to land among the people in my songs. And I would have stayed there forever with them like that, singing about our lives and drinking red wine and laughing. 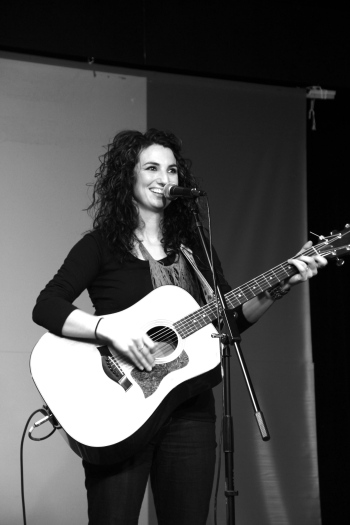 Yes, on Friday I fell in love with music again, just as I do every night I sing in the smoke of the Legion Club, above the noise of a Main Street or out into the night outside the window of this house. 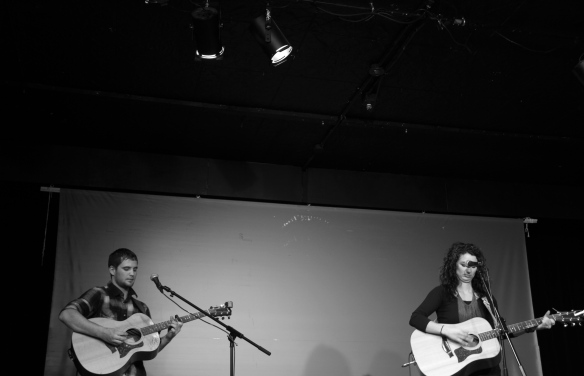 And I imagine Adam  could fly us all over this country and we could knock on the doors of big houses in bigger cities and ask them to listen. Adam has wings you know. 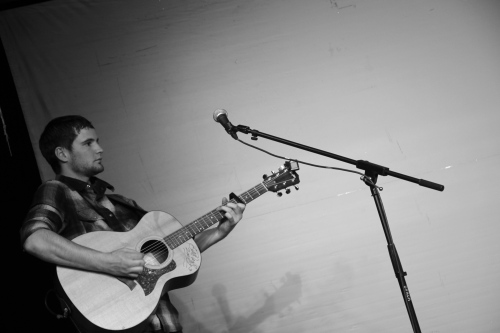 But I’ve never been as comfortable up there as I have been tucked behind my cracked windshield and singing to the heart of America.

Click here to watch Husband and I chase cows and talk about the music and life in our small town.
www.jessieveedermusic.com

7 thoughts on “The heart of America”