Husband and I have knack for making life complicated. We’re accident prone, the two of us, together and separately. We both like to take the long way, the back roads, with the windows rolled down even if it’s raining a little.

We like to make things from scratch, like noodles and pies and soup, even if we don’t have a recipe or a professional at hand. We like to mix our drinks strong. We like to make big plans and then take our time getting there.

I think we drive our families crazy.

We must. We drive ourselves crazy. I mean, we’ve only moved six times in the last six years of marriage. We’re only on our third major home renovation/construction. 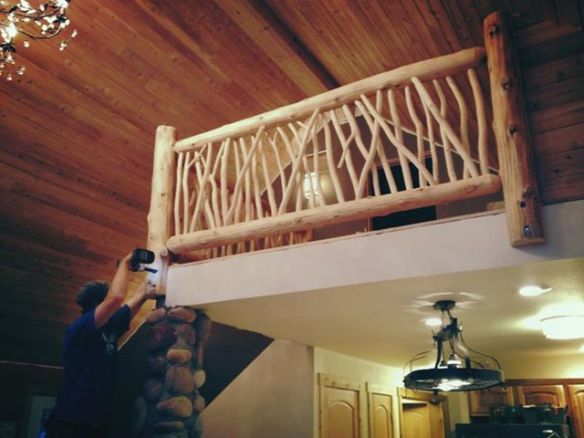 But not quite, despite the fact that it’s all we’ve been doing for the last two months: get up, clean up the dishes from the night before, get dressed, go to work, come home, put on work clothes, find a project, tile something, varnish something, sweep something, move something, put carpet on something, saw something, paint something, look at the clock and say “damn, it’s 10 already,” and then wonder out loud what to have for supper while you pour a bowl of cereal and pull the popsicles from the freezer.

Needless to say, we’re kind of tired. And between the dreary weather, our less than adequate diet, all the mud being tracked in on the floor and the saw dust in the air, I’m not surprised to find we’re slipping a bit. 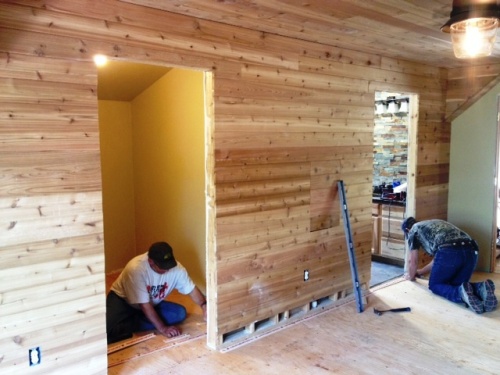 A few weeks ago Husband called me while I was on the road to a photo shoot. He had to tell me he just got out of the bathroom to discover that he had been walking around all day with a pair of my pink underwear shoved up the sleeve of his shirt, a result of a quick attempt at finishing the laundry.

He said it didn’t matter, his wife’s underwear up his sleeve at work was embarrassing, pretty or not.

And now I’ve gone and put it on the internet, which I guess, is probably even more embarrassing.

But whatever. It’s funny. I laughed hysterically at the thought. So did my friend in the passenger seat of the car as I relayed the sad story of what our lives have  become.

Now, I don’t know if I’ve shared this here or not, but in the time we’ve been living back at the ranch we’ve been approached by a few different production companies about following us around for a reality show. One in particular wanted to fly Husband to Georgia to try out for a deep fat frying cooking competition. They said they like how he looks and like what he deep fat fries.

I guess that’s what happens when you put your life on the internet, but a reality show on the two of us is a ridiculous idea. We’re not as pretty as the Kardashians and we don’t have enough free time to manage as many redneck adventures as the guys on Duck Dynasty. The only thing that would be entertaining about following us around with a camera would be watching all the ways I manage to screw up during the day and hearing all of the one-liners Husband manages to deliver at my expense.

Cut to last Friday where a late and very sick Jessie attempts to make it to a doctors appointment in the pouring rain only to find that her way is blocked by a semi jack-knifed and stuck across her parents’ approach and the road leading to the highway, forcing her to turn around and brave the monsoon on ten miles of muddy, deteriorating, pot-holey, all around shitty road.

Listen to her cuss as she drives a little too fast and defies the ditch and her death.

See her wave her arms at the sky and plead for the rain to stop.

Watch as she explains the situation to the receptionist at the clinic right before she gets diagnosed with bronchitis and a sinus infection and heads out to the pharmacy to load up on $150 worth of medication. Notice that she didn’t pick up her inhaler thingy, but she won’t realize it until she gets home in the monsoon.

But before she can get home Jessie needs gas. Now watch her overflow her gas tank at the local Cenex in the pouring rain while a trucker at the neighboring pump munches on a candy bar and declares it six gallons of environmental hazard.

Watch her face clench as she contemplates calling him an environmental hazard.

Cut to Jessie at home attempting to make a rhubarb cake without a cake pan for a party starting in approximately 35 minutes. Listen as she sweetly asks her husband to go borrow one from her momma.

Now watch as she puts together a dip she’s made for years with cream cheese instead of sour cream. Now look at that, she just dropped an entire container of cherry tomatoes on the floor. She’s cleaning them up now as her husband walks in, but it looks like she missed a few hanging out in the bottom of the fridge. Hope she doesn’t close the…oh, look at that, she closed the door.

Watch her fling her body face first on the bed as her husband tells her she needs to pay attention.

So that would be one episode.

I mean, if I had a dollar for every time my dearly beloved stood above me as I am sprawled out on the floor, shaking his head and wishing out loud that I would just “pay attention”, I would be rich enough to hire someone to finish building this house for crying out loud.

That’s one way I could avoid falling into bucket of grout water.

Some days I wish I could change the channel.

19 thoughts on “Change the channel.”