I tried to change my name to Stephanie when I was in kindergarten. A little boy named August raised his hand during sharing hour and asked to be called Gus, and, well, I thought that meant in kindergarten we got to change our names. So I raised my hand and declared that everyone must now call me Stephanie.

My sweet teacher looked at me, no doubt trying to stifle her laughter at the little weirdo before her, and calmly declared she thought Jessica was a nice name and I should keep it.

I was bummed. This was the 80s after all and Stephanie was the name of my favorite character on Full House. But I carried on as Jessica until second grade when we moved to the ranch and, struck with a sudden urge to shorten things up, I introduced myself to my new country school classmates as Jessie.

Everyone should call me Jessie.

Our names are more than just our signatures on paper or a word on a tag stuck to the lapels of our shirt at a meeting. Did I look like a Stephanie? Well I’m not sure, but I’m thankful Mrs. Schaffer didn’t allow me to undo the name I was given with a raise of the hand at five years old.

And so I stayed Jessican Blain Veeder. 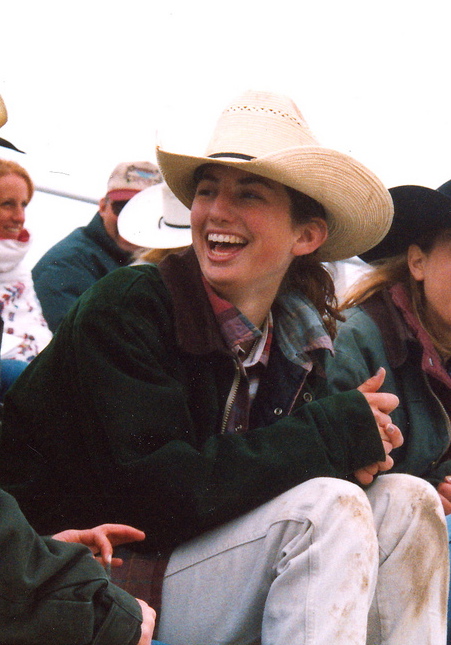 Jessica after the woman on “The Man From Snowy River” (did I mention it was the 80’s?)
Blain for my mother’s maiden name.
Veeder for my father’s side.

Fast forward twenty-some years and for as much as I wanted to be Stephanie at five years old, upon my marriage I couldn’t bear part with the names I was given, no matter the tradition or how much I lived and respected my new husband and his family.

5 thoughts on “Sunday Column: My name”