This weekend, between feeding, burping and rocking the baby, I worked on collecting photos on my computer to put into photo albums, a sort of New Years resolution (besides trying to cut back on the caramel rolls and donuts I’ve grown accustomed to during my pregnancy) I’ve set aside for myself after suffering a major computer and external drive meltdown a few months back.

I don’t want Edie’s memories to be stuck on some broken hard drive somewhere. 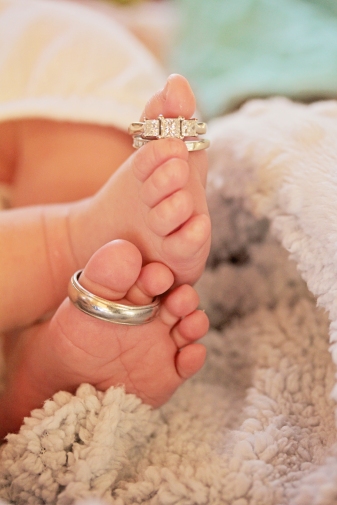 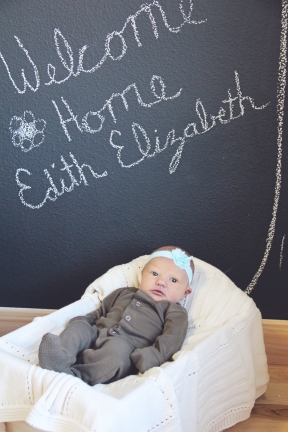 And this Christmas the importance of that resolution became even clearer when we dug out a couple old VHS tapes from the back room and spent the afternoon waiting on the prime rib and watching ourselves, scratchy and sorta blurry, on mom and dad’s big screen t.v.

I was five or so with my big sister, inside a cardboard box we made out to be a t.v., doing a Jergens lotion television commercial bit.

Then carving pumpkins in the little kitchen, our mom pregnant with our little sister giving our dad the very classic and signature (still used to this day) evil eye when he put the camera on her and her big belly.

And then there we were, when she was born, my big sister holding her arms out like a ballerina waiting for her turn to hold the baby, the same way she does today waiting to hold Edie.

But this week’s column is about what was most precious about those moving pictures my family captured in the year of the first camcorder, 1989 or so I suppose, purchased together by the family to help us remember on cold winter afternoons like these.

Because to hear the voice of my grandmother again, to see the way she climbed up on a horse, the way her husband teased her and she teased back, to see them interact right there before our eyes twenty-some years later, not only reinforces a memory, but may help create one, on just an ordinary day, that might have been lost. 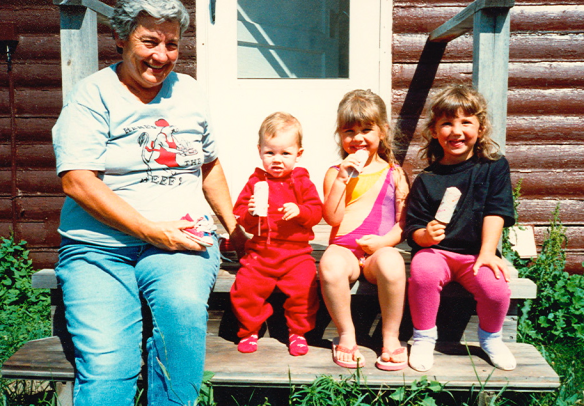 Because some people leave us too soon and all we’re left with is what we remember and what we’ve done to help us do so. 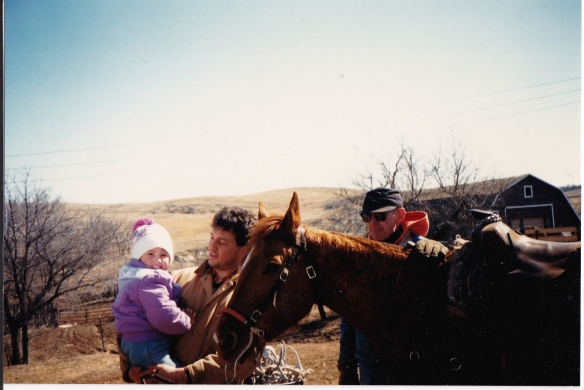 And just those few minutes we got to spend in the past that day stuck in my guts and so I spent the Christmas celebration trying to remember to put my phone on record, to capture Edie smiling, to capture a gift exchange or a conversation between aunts and uncles gathered in the same room, little moments that might seem mundane at the time but could mean the world to us some day far away.

Coming Home: Give yourself the gift of recording family moments
by Jessie Veeder
1-10-16
Forum Communications
http://www.inforum.com

We watched her from the couch, her silver hair tucked up under her flat-brimmed feed store cap, her husband on the other side of the camcorder lightheartedly poking fun at the way she climbed up on her horse, laughing with the reins in her hand as she set out for the gate.

It was cool and sunny, late autumn at the ranch, almost 27 years ago, and we were reliving it while waiting for our Christmas prime rib to finish cooking in the oven.

The VHS tape with our family memories found its way into my dad’s hand while he was searching for something else in the back closet. It’s funny how we seem to stumble upon such important things.

The label read something like “Feeding cattle, Alex’s Birth, Dance, 1989,” the year my little sister was born.

The year my dad’s father was battling his second bout of cancer and the outcome looked grim. And until I saw him again, dressed in coveralls and a wool cap emerging from that little brown house in the farmyard, blurry, shaky and worn like the old tape itself, it hadn’t occurred to me the reason the new camcorder existed in my family that year.

Because Polaroids wouldn’t capture his voice or her laugh or the joke she told about her first husband filming her backside.

So they bought a camcorder. Bulky and not the least bit user-friendly, they read the manual, pushed the red button at the wrong times and carted it around so that they might remember how he dressed when he fed cattle, what he looked like opening a gate and the expression on his face when he cradled his tiny and brand new grandchild just months before he said goodbye to this world.

But of course they didn’t know how little time they had then, not just with Grandpa Pete, but with Grandma Edie as well. Because that’s the trouble with things like time, we always think we have more of it.

It’s been a couple weeks since we all sat down as a family on Christmas unprepared for the emotions that would stick in our guts after seeing and hearing them in living, breathing, moving color, and still I’m stirred.

Because there I was, standing on the stoop outside the little brown house, barely 5 years old, in my snowsuit and stocking cap watching my grandma wrap my scarf around my neck and I remembered what that was like. I remembered that scarf and how she didn’t tie it like my mother did. How she wrapped it tighter and up over my nose.

And there was her voice saying my name, saying “Jessica, why don’t you go stand by your grandpa so your dad can take a picture.” And I turned the other way, acting shy, not knowing much of time or about how some goodbyes are forever.

Frame by frame we went, the little snippets of our ordinary lives—unwrapping presents at Christmas, playing dress-up with my cousins in the farmhouse, listening to the grownups talk and sip coffee around the table—somehow made extraordinary after all of these years.

And I can’t shake it. As we spent our holiday carting our newborn to holiday celebrations here and across the state to meet relatives, I thought about the way my mother looked at my tiny little sister from across the hospital room, just minutes after she gave birth to that 9-pound baby on her 33rd birthday, smiling and fresh and caught on camera putting on mascara in her hospital bed, just a year older than I was when I had baby Edie. It was a simple moment captured, but it said so much about a woman.

And there were my grandparents, facing an illness that could end a life and welcoming a new one with big smiles, bundled up and fresh in the chill and uncertainty of a new year.

Time has ticked on like it promises to, making televisions bigger, communication easier and access to video more affordable and at our fingertips.

In this new year, even in what seems like the most ordinary times, give yourself a gift and press that red button.