Everybody loves to eat. Especially during this season of the cool down when we all want to give in to those animal instincts telling us to stock up and hibernate.

Yes, everyone loves food. Even those of us who have been known to use our ovens for storage have a dish we try to re-create from our childhood—grandmother’s oatmeal cookies, aunt’s pickles, mother’s secret homemade mac and cheese that turned out was just Velveeta with a little milk over fancy noodles.

And out here, where the coyotes howl outside our window, the grocery store is a good thirty miles away and delivery is not an option unless you are planning on paying a serious fee, we count on those familiar favorite recipes to bring us together around a dinner table, in one room, under the vast prairie sky.

Hey, just because we get more dirt on our clothes and poop on our shoes than the rest of civilization doesn’t mean we don’t enjoy a fine dining experience.

So we make our own. Well, “we” may not be the most honest term here.

Because, like my good friend Napoleon Dynamite, I have some sweet skills…cat scouting skills, Internet surfing skills, guitar skills, horse hairdressing skills, and the most practiced and honed skill of all…eating. Passionate eating.

I am good at eating.

But not so good at cooking…unless I have specific instructions and an entire day and a half to plan it out and execute a recipe. And by then I’m usually too tired from the effort of it all and too full from sampling each ingredient that I have no wish to eat again for another solid, well….ummm….thirty to forty minutes.

No, I have little patience for food that doesn’t come directly from a box.

So although I can’t provide you with life-changing recipes that you will pass on from generation to generation (unless you wish to pass down that mac and cheese recipe, then I’m all in), I can give you something better.

Yes, much, much better. 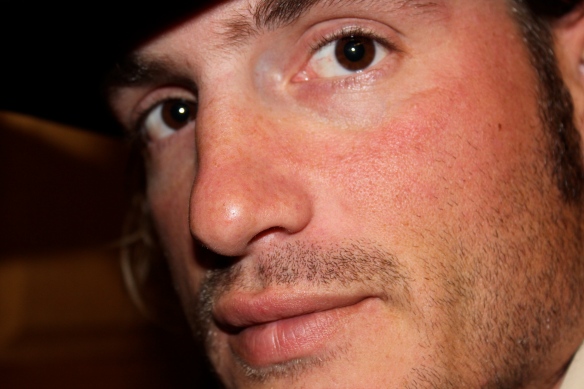 So I married him.

Oh, husband has recipes, secret recipes that he has sharpened and perfected and put his own, rugged twist on. He has them tucked up under his hat and they come out of him in all of this lovely, delicious and oh so soul warming, buttery and carbohydrate loaded food that makes me weak in the knees. And then I promptly lay down in bed, pull the covers over my head knowing that I could die in my sleep and my last meal would be the best meal of my life.

Ok, I’m a little dramatic perhaps, but he does cook….really, really well.

We can all thank his momma for this.

And you can thank me and number one skill—persuasion—for getting him to agree to let me follow him around our tiny kitchen and document his every move.

Our agreement? Husband gets to wear his hat and his fancy shirt, in all its polyester glory...

And before we go any further, the cowboy wants you to know that this doesn’t have to be pretty.  And it ain’t gonna be quick. Soup is about the process; so hang in for the long haul and don’t get hung up on meticulous measuring. There will no measuring spoons or cups, but a lot of pinches, dashes and shakes.

The only spoon you need is your taste test spoon. Use it often for best results.

And last but not least…

The #1 rule of soup. You can always add to it, but you can’t take it back. 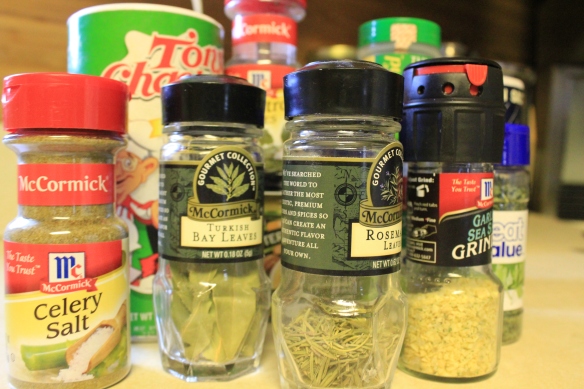 (Yup, I know what you’re thinking, that’s a lot of spices. But, didn’t John Wayne say something about trust?) Anyway.

(This is not optional)

Now kick back in your favorite recliner, sip some more whiskey and wait. 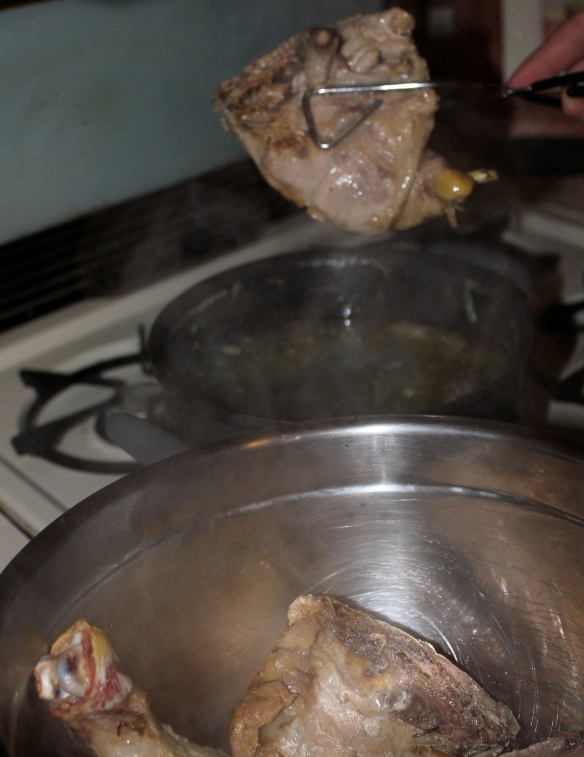 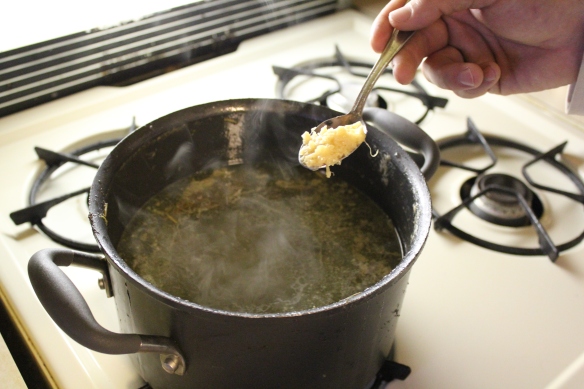 Waft the soup up to your nose to get a good whiff. Smells delicious. Add more seasoning if you wanna. 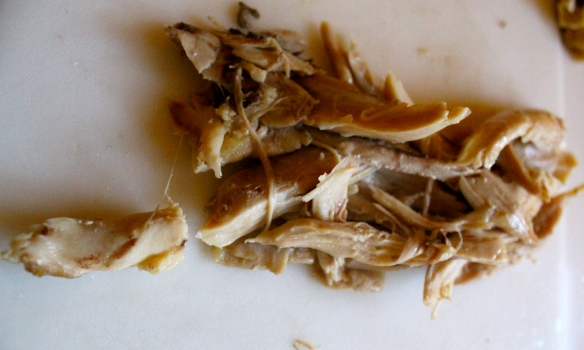 Add all above ingredients to the soup and continue cooking on low heat until the potatoes are tender. About 20 minutes. 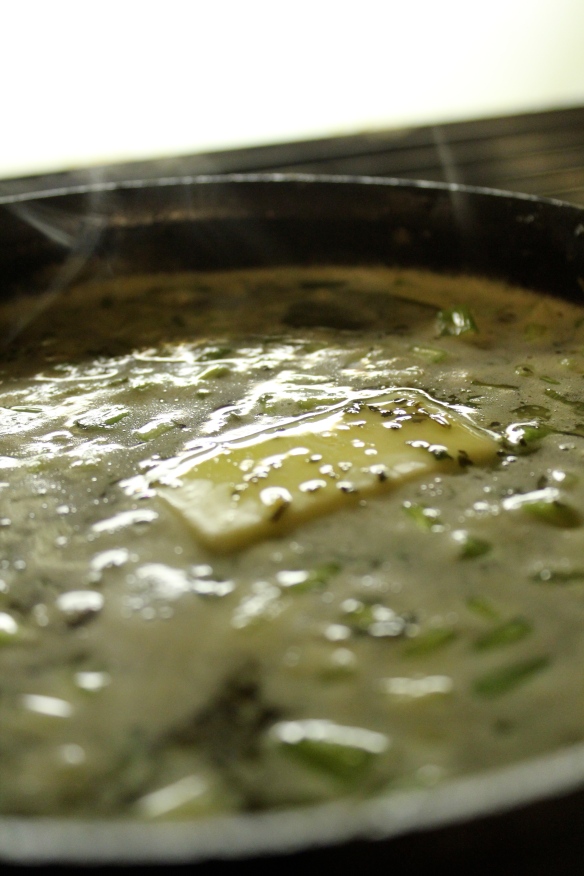 On a side note, this is what we have to work around...ridiculous.

In the meantime…the best part… 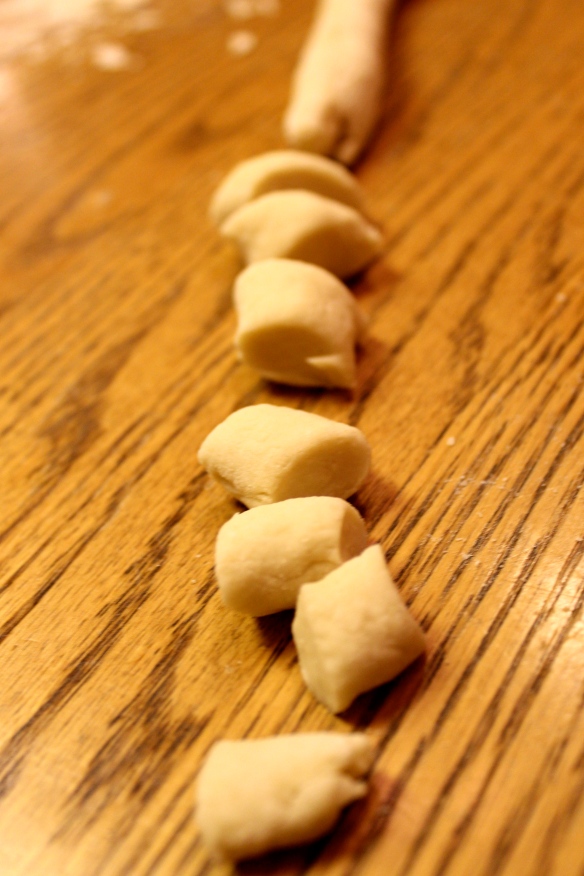 (you don’t have to use all of the dough, just put in as many as you like. Cowboy usually needs to upgrade to a bigger pot) 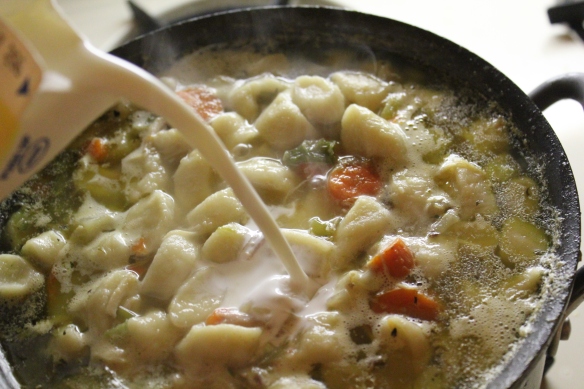 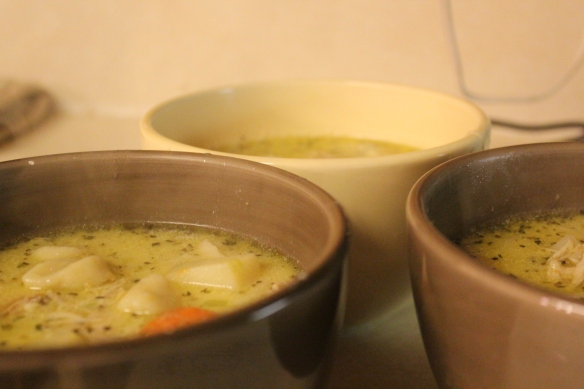 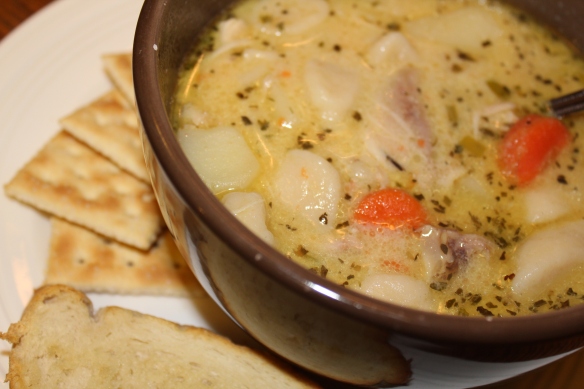 Then leave the dishes for tomorrow and tip your hat down over your face and turn in for the night.

Cowboy says: “If it’s not the best soup you’ve ever eaten it’s because you missed the important ingredient…whiskey….or was that love? Yeah, love.