It all starts with the best of intentions. Most clean-up, housekeeping, get-some-shit-done-around-here tasks do. Unfortunately, most of my clean-up, housekeeping tasks also end with me questioning the meaning of life, love and why I don’t just live by myself in a tiny fort made of logs by the creek like I planned when I was ten years old. 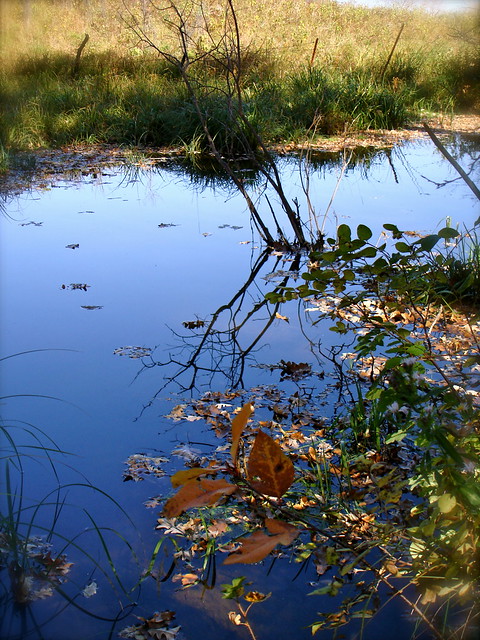 Because inside our houses, the ones we share with the people we promised to have and hold ’till death do us part, there lies unexpected secrets, secrets just waiting to jump out at us when our guard is down, when we’re comfortable and on task and thinking that this time we might have it under control.

Our poop in a group.

But no. Those secrets remind us that marriage is not always the blissed-out, romantic, snuggle, love fest those ridiculous bridal magazines told us it would be.

Because sometimes your husband leaves an uncooked egg bake from a camping trip he took three weeks ago floating in a cooler filled with beer and warm, melty, mushy, cloudy, curdled water and you, in your attempt at the whole “getting our shit together” thing,  has the privilege of being the one to get the first whiff.

And because it’s wedding season and the two of us had just returned from a lovely one in Minnesota, complete with mason jars and lilacs, heirloom dresses and lights strung across the beams of an old barn, I was feeling sort of romantic about the whole idea of the two of us living out our lives here in the country, quietly and easily, just like we had planned.

Perfectly planned weddings will do that to you…you know, create delusions.

But nothing says love like pulling on your muck boots, turning on the hose and testing how long you can hold your breath as you dispose of your dearly-beloved’s moldy concoction and spray down the inside of a rotten cooler, gagging and gasping when you inevitably have to take in air.

I love my husband every day…I just don’t like him every minute.

I know for a fact that he feels the same way about me.

Anyway, after I returned from the dump, I trudged inside to grab a beer from the fridge and sit on the back deck to contemplate the meaning of life and the consequences of actually living by myself in that little fort by the creek.

I took a sip and listened as the birds chirped and frogs croaked at the dam below the house and thought that some days, on hot days like these, I think I would be ok with being a frog–cool water, an abundance of flies, no worries about what outfit to wear to a quaint Minnesota wedding and definitely no three-week-old egg bake clean up surprise.

There isn’t mention of three-week-old egg bake cooler clean up surprises in any marriage vows I’ve ever heard.

Which got me thinking, when it comes to starting a life together, no one really talks about stuff like that. I’m not just talking about the annoying and surprising things, but the things that come with sharing a house, and plans, and dinner and dogs and babies and landscaping/housebuilding projects together.

Because hopefully here is a lot of life in between those “I do’s” and the whole “death parting us” thing. That’s what I was thinking when the bride took the groom’s hand last weekend and made promises to him. I thought of all of the things that couple has been through together to get to this point.

And then I thought of what almost 8 years of marriage has looked like for us and I realized that not too often has it looked as lovely as that day we were in with the beautiful couple before us. Not even on our own wedding day, you know, the one out in the middle of the cow pasture complete with cow herd crashing, a random drunk guy trying his damnedest to spill booze on the pastor and the groomsman nearly plummeting to his death out the door of a moving RV…

Let’s just say there have been more “tragic egg bake style incidents” than I planned on. But I should have known. Just because I got married doesn’t mean the two of us (or our luck) changed. No. We just became a combined force of mistakes and small tragedies, goofiness and bad ideas, opinions and forgetfulness and big plans in the works.

But that’s what you get when you’re in it together–you get two. You get a witness. You get a built-in dinner date that sometimes is really late to dinner and it pisses you off. 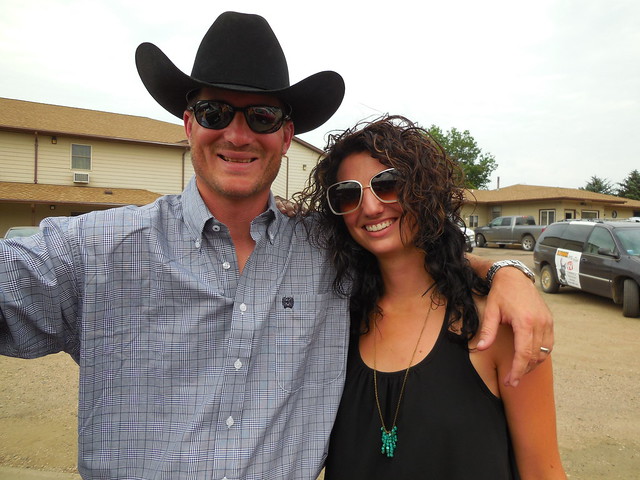 You get a man who takes off his work boots and stinks up the entire house, but you also get a man who will drive around the countryside for hours and take a detour every day before and after work looking for your missing dog, not because he particularly likes him, but because you do. And that sort of quiet gesture makes up ten-fold for the stinky socks. And the late to dinner thing.

But forget the even score, because from what I’ve learned in eight years of marriage, there is no even score.  He will work late. You will drink too much with your girlfriends the night before and ruin the plans he made for leaving early on a fishing trip. He will take out the garbage and you will forget to get groceries until you’re both eating saltines and wondering  when the new Chinese food restaurant will start delivering to the ranch. You will unload the dishwasher, he will never remember where you put the spatulas. You will be thankful you married a man who uses a spatula.

No, the chores will never be equal because life might be a balancing act, but it sure as shit is never balanced (except when it comes to dog puke on the floor. In that instance, you will keep score). But that’s ok. That’s why you’ve got each other.

Because life is so annoying sometimes, and sometimes it’s his fault. Sometimes it’s mine. But I tell you what’s also annoying, that damn pickle jar that I can never open myself or the flat tire he’s out there fixing on the side of the road in the middle of a winter blizzard, proving that regardless of our shortcomings, life is easier with him around. 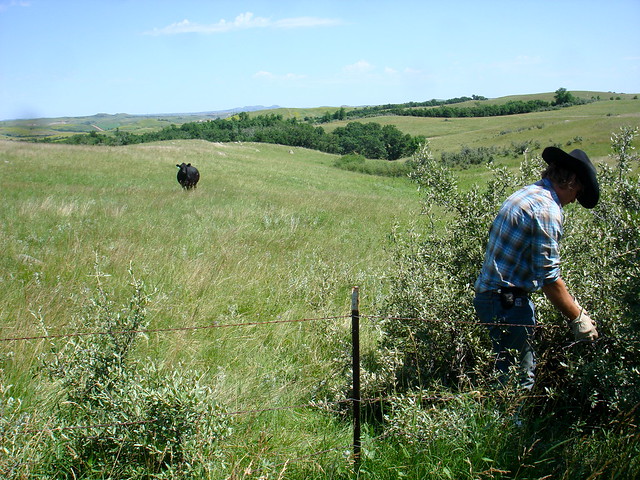 I hope he could say the same for me, regardless of the inevitable mess I make in the kitchen when I actually attempt to make a meal or the hundreds of bobby pins I leave laying around the house, driving him crazy. I think at the end of the day that’s what we really want out of this crazy love/union that we all enter into blindly knowing that it just has to work out.

It just has to work out. That’s something isn’t it? As if the whole working out thing happens on its own because we love will make it so.

Now I’m no expert here (if you want experts, ask my grandparents. They will be married for 60 years this September) but here is what I know. Love will never make you agree on the arrangement of the furniture, but love goes a long way in laughing it off when he backs into your car in the morning and forgets to tell you, leaving you to wonder all day when you might have had a car accident you can’t remember.

Love will not make him throw away that ratty State Wrestling t-shirt, but it will make you change out of your favorite sweatpants, the ones he loathes, every once in a while, you know, on special nights.

And initially, love will send him running when he hears you scream in the other room, but there will come a time when he won’t immediately come running. No. He will wait for a followup noise to help him make the decision, because love has made the man mistake a stray spider for a bloody mangled limb too many times. 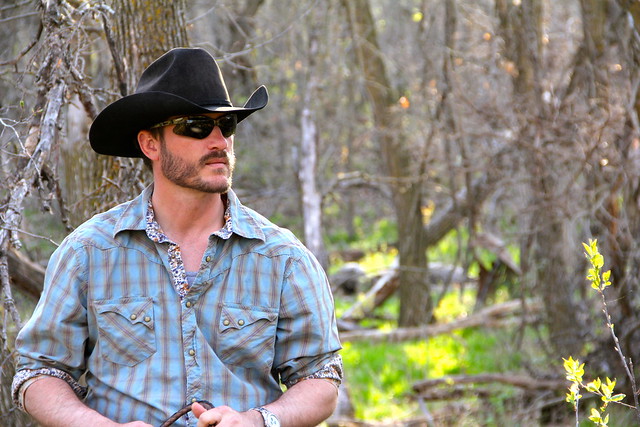 And love will laugh her ass off when he gets clotheslined by the dog on a leash, leaving him laying flat on his back on the sidewalk, the dog licking his face along a busy intersection in a mountain town while drivers yell out their windows “Hey Rollerblades!”  And love will let her tell that story at every party because, judging by her hysteric laughter, it brings her great joy.

And, just for the record, sometimes love is not patient. Sometimes it needs to get to town and she’s trying on her third dress of the evening.

And sometimes love is not as kind as it should be. Because love is human.

And no human is perfect. Not individually and surely not together.

Because humans leave egg bakes in coolers in basements for three weeks.

The same kind of human that is my husband, the husband who once told me that love, to him, means doing all that you can to make the other person happy.

“Like going to that Dixie Chicks concert with you, or running to town to get you popsicles when you don’t feel well, or hemming your choir dress in college because you failed Home Ec…”

There’s so many fancy ways to say it, but if I were to do it over again, I would put things like this in my vows. I would vow to be a combined force of mistakes and small tragedies, goofiness and bad ideas, opinions and forgetfulness and big plans in the works.

And then I would promise, no matter the mess we got ourselves into, to never run away to that log fort by the creek like I planned when I was ten years old, unless I take him with me, you know, to help build a fire…