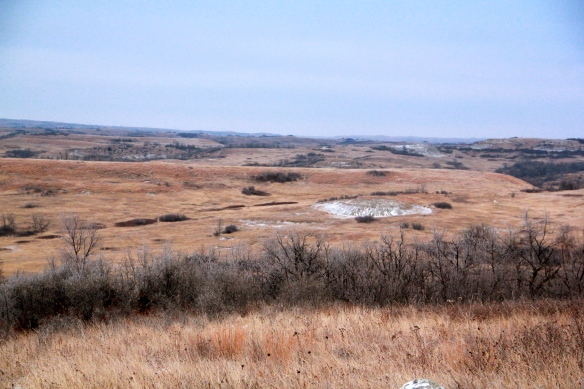 Well, I made it home again, home again Jiggity Jig from Nashville last week and promptly lost my voice to a sweet little cold that settled into my chest and reared its ugly head midway through belting out a Bruno Mars song with the band on Saturday. 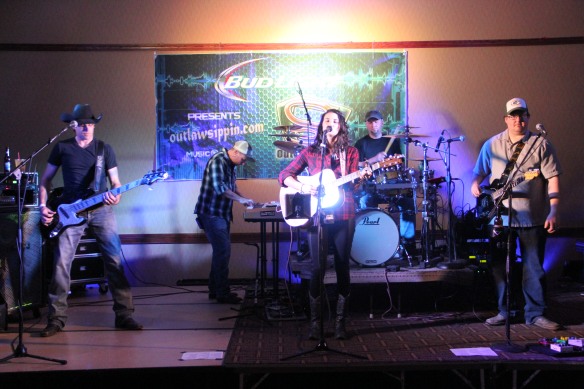 And now I sound like a raspy gremlin and Husband is finding it all a little too amusing, walking around the house saying “What?” every time I attempt to tell him something.

Yesterday, he threw a pillow off the loft to where I was standing on the floor below just to hear what I sounded like when I screamed without a voice.

And then he laughed his ass off, because I sounded like a choked and dying rabbit.

Needless to say, phone conversations have been fun today…

Anyway, speaking of voices, this week in my column is a confession about my age-old obsession with a certain red-headed country diva known by the name of Reba McEntire.

It had to be declared sometime, and because I was in music city, I felt now was the time.

Funny though, what really got me thinking about Queen Reba was a recent visit I had to Minneapolis on my way to Nashville last weekend. See, I have this group of friends I met and hung on tight to after working at a performing arts school my first summer out of college. We try desperately to get together at least once or twice a year despite being scattered across North Dakota, Minnesota and Colorado. 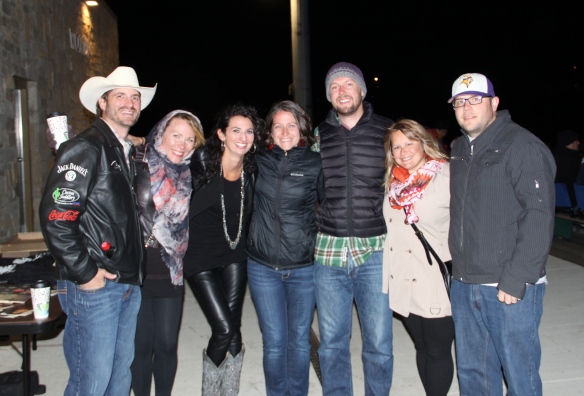 When we do get together we almost always wind up, at the end of the night (or beginning of the morning) sitting around searching YouTube and our iPods for our favorite late 80s/early 90s country songs so that we might sing them together at the top of our lungs.

We find it quite amusing and comforting and sentimental all at once. And because we all know most of the words, it makes us feel good about ourselves too…

When the party gets to this point, any guests we might have acquired throughout the evening are undoubtedly running for cover, but last weekend I invited my cousin and best friend forever, Seth, originally from a small town in South Dakota, (now transplanted to the middle of Minneapolis where he has his PhD and does smart PhD things), over to meet my gang. I just knew they would all get along swimmingly.

Half way through the first Judd’s singalong I was certain.

See, cousin Seth, being my childhood best friend, cousin and pen pal, has had to endure my love for Reba since the beginning of time.

And if I remember correctly, I am certain his sister and I conducted similar sing-alongs at the farm house in our youth, probably with a video camera and most certainly with costumes.

Yes, if you pulled into gramma’s farm yard any summer in the early ’90s you’d likely find us standing on a pile of hay bales singing “Here’s your one chance Fancy don’t let me down.” 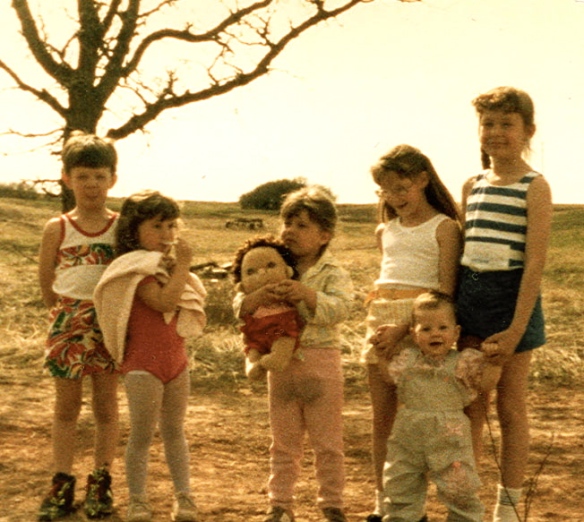 The evidence of our bond surfaced early. Here I am, in my leotard and tights, clutching my blankie and leaning on him for support…

Which leads me to the time when I got a new Reba McEntire tape, the one where she shares a duet with Vince Gill called “The Heart Won’t Lie” circa 1992 and I decided that cousin Seth needed to be the Vince to my Reba.

I imagined the two of us singing into my plastic karaoke microphones, hitting the harmonies, debuting our performance to the entire family at our Christmas gathering, maybe trying to assemble some sort of costume theme, blowing them all out of the water with the incredible fact that I sounded just like Reba and him like Vince…

(Thank you Lord for not inventing YouTube until after my adolescence)

So I copied down the words, dubbed him a tape, wrote him a letter and dropped it in the mail.

And, because my cousin inherited his mother’s desire to save every piece of evidence from our embarrassing childhoods, years later he photocopied all the letters I wrote to him and sent them back to me…lest I ever thought I might have been cool. 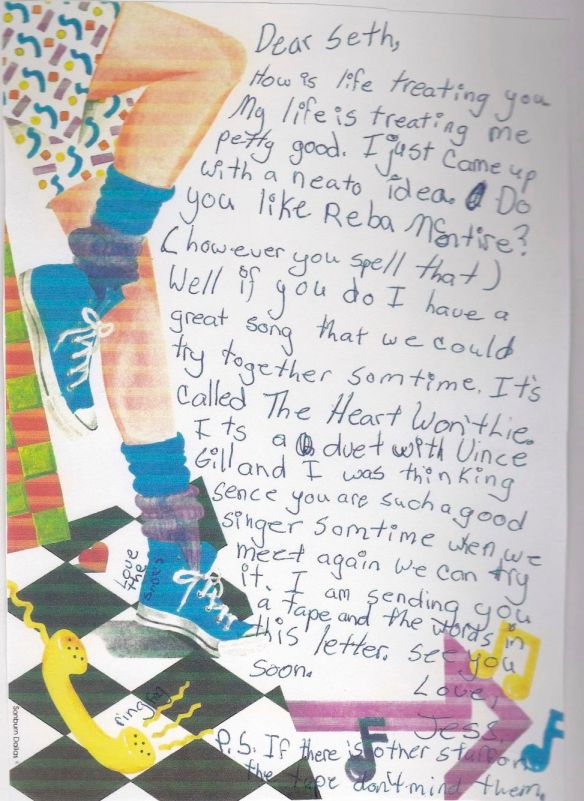 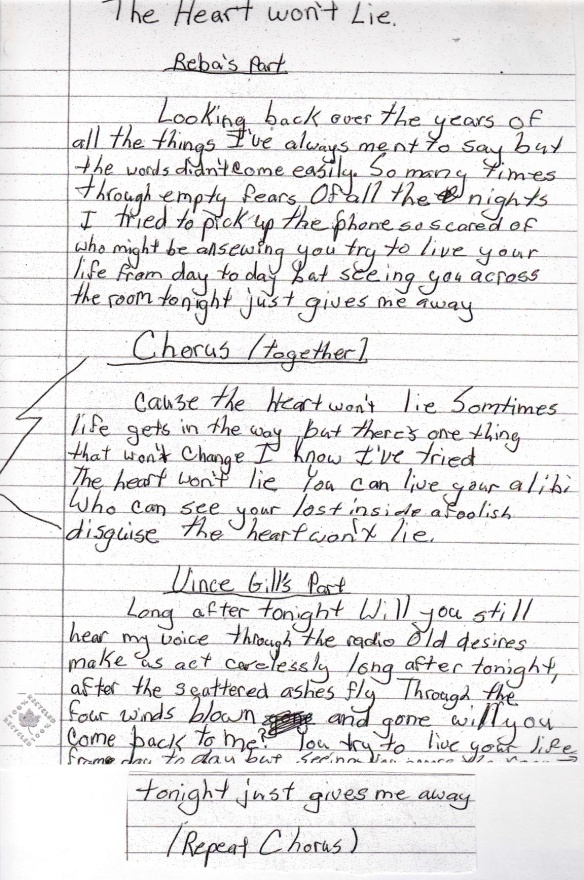 Now, I’m embarrassed to report that Cousin Seth and I didn’t actually get around to performing our song during the innocent and forgivable phases of our youth. No. We decided to try our hand at it in the wee hours of the night during Pop’s birthday party on the deck last summer…after two or three vodka tonics too many…

But it was still epic. 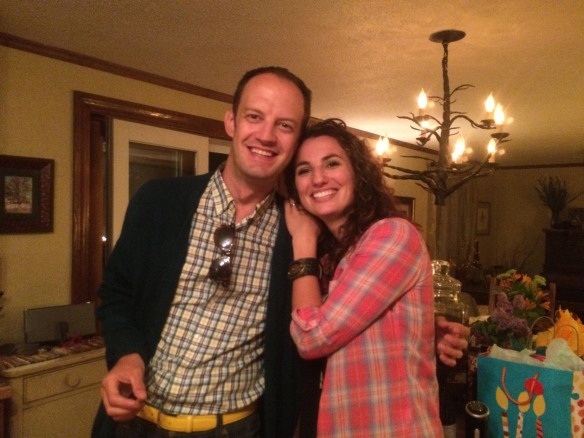 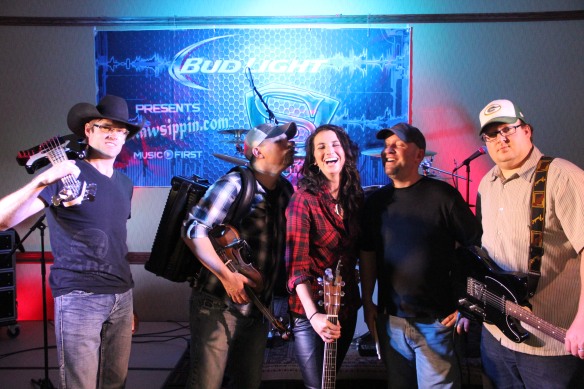 If you have a minute, vote for me in the North Dakota Music Awards. I’m up for “Best Female Vocalist” and “Best Original Country Band” with these yahoos up there. 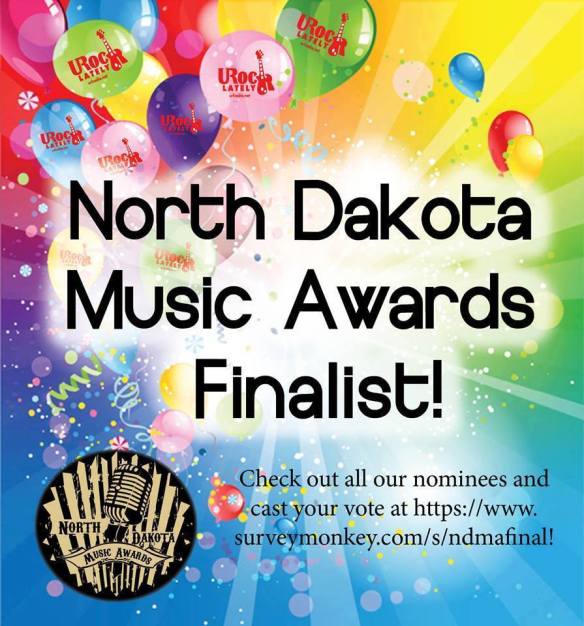 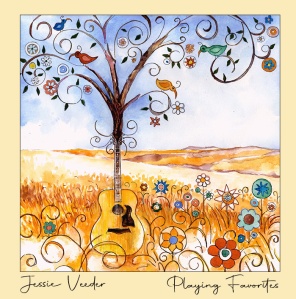